Rás na mBan battles are fought over five days for a number of different classifications and prizes, each with its own level of importance.

Six distinctive jerseys from Pactimo are visible in the bunch during the race. 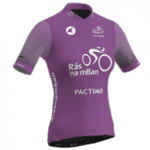 The overall leader’s jersey is the top prize in Rás na mBan.

The overall race leader’s jersey is awarded to the leading cyclists at the conclusion of each stage. It is easily picked out in the fast moving bunch of cyclists each day as the leader on lowest accumulated time for the race to that point.

The Rás na mBan magenta winner’s jersey is awarded at the conclusion of the sixth and final stage is the most coveted accolade in Irish women’s cycling. 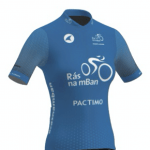 The Sport Ireland Points jersey is awarded to the rider who shows the most consistency in stage finishes by accumulating the most points on offer for each stage.

Often the preserve of the sprinters, or the strong all rounder with a strong finishing kick, the Points jersey was won in 2021 by US rider Kaia Schmid from Team Lux who won two of the six stages.

IVCA Wicklow 200 Queen of the Hills 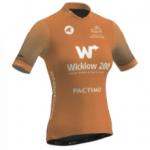 The competition is sponsored, as it has been for many years, by the Irish Veteran Cyclists Association which supports cycling at all levels and promotes the Wicklow 200, one of Ireland’s most famous and most challenging challenge cycling events. The winner in 2021 was Britain’s Anna Shackley. 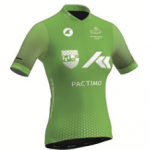 The Best Irish Rider Jersey is the main goal of Ireland’s club riders as they compete with top international riders throughout Rás na mBan.
The Kilkenny County Council Jersey is presented to the first placed Irish-based club rider on the previous stage.

At the end of the event a separate prize list is awarded to the best placed local riders in the overall classification which was won in 2021 by Wexford’s rising star Linda Kelly guesting with Team Munster. In 2016 Kilkenny County Council supported this award for the first time to celebrate Ireland’s top women’s stage race taking place in their county. 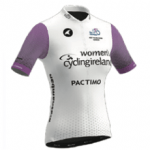 Awarded for the first time in 2014, the white Best Young Rider jersey was worn each day by the highest placed rider under the age of 23 at the start of the year.
Riders such as Britain’s Hannah Barnes, 2016 world road race champion Amalie Dideriksen of Denmark and Britain’s Molly Weaver have won the jersey in the past. Emma Norsgaard Jorgensen announced her arrival on the international stage by taking the Womenscycling.ie Best Young Rider jersey in 2015.
The 2021 winner was Anna Shackley, the fourth time in succession that the jersey had been won by the British National Team. 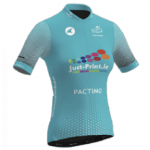 The distinctive Just-Print.ie Stages jersey is presented after each stage to the rider who has taken victory on the day.
The jersey proved a very popular addition to the awards list for the event in 2013 with Hannah Barnes taking no less that three Stages Jerseys back to Northampton while Tayler Wiles took two stage wins on her way to overall success in 2014.

Grace Garner took two stage wins in 2015 as the Leicester rider finalised preparations for the World Championships in Richmond, Virginia. The jersey was awarded to five different riders in 2021 including Team USA world championship medallists Kaia Schmid and Makayla Macpherson who won the final two stages in front of Kilkenny Castle.