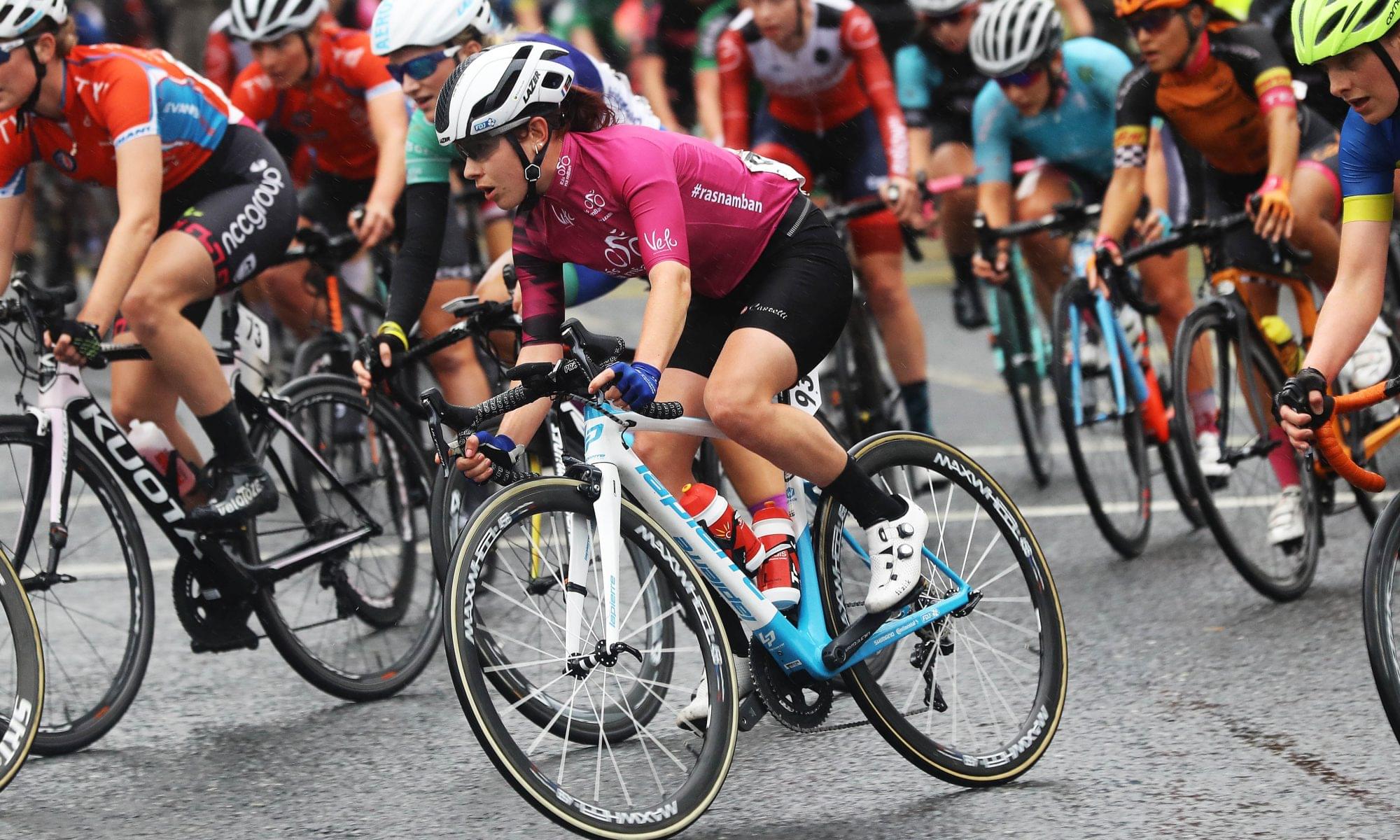 First Ever Visit to County Laois

A challenging new mountain stage finishing in County Laois and an all-new second stage with a circuit finish in Piltown, County Kilkenny are the highlights of the 2019 Rás na mBan route announcement made today.Top racers from all over the world will head to Kilkenny in September for the 14th running of an event which attracts olympic medal winners and world championship riders to face the challenging roads of Ireland’s Ancient East.

Ireland’s top international stage race for women again includes four road race stages of varying length and difficulty, a time trial and a circuit race which for a fourth consecutive year centres on the beautiful city of Kilkenny.

The 2019 running of the event will follow a similar format to recent years with six stages taking place over five days in and around the race base in County Kilkenny.

Once again, the route offers a variety of challenges, from testing hilly stages including the stage three summit finish to the ‘The Cut’ in the Slieve Bloom Mountains in County Laois, to the stage four time trial where riders will ride solo against the watch on the Tullaroan course back for a second year.

The all-new second stage is a move to the south of Kilkenny County with a new 20km finish circuit in Piltown which will offer spectators several opportunities to see the riders during the day and includes the short climb of the Sweep which will test the mettle of the sprinters.

Race Director Valerie Considine believes the 2019 route will challenge the riders and offer an opportunity to further showcase the beauty of Kilkenny City and County:

“The move to Kilkenny three years ago has been overwhelmingly positive for Rás na mBan. The beautiful countryside and wonderful support from Kilkenny makes planning the route an absolute pleasure.

We’ve retained the best aspects of the 2018 route and added two new challenges that could alter the character of the fight for overall honours.

“The all new stage from Kilkenny to The Cut on stage three is a welcome first visit for the race to County Laois and I’m certain the riders and spectators are going to love the race challenge and the beautiful scenery in the Slieve Bloom Mountains on Friday 6th September.

“The hilltop finish on The Cut follows the tough ascent of Wolftrap Mountain and with two tough climbs on the day, it’s sure to be a great challenge. The Rás na mBan summit finish has become established as a wonderful occasion in the cycling calendar and I look forward to seeing many bike fans on The Cut to watch the riders do battle again this year.

“Our all-new second stage finishing in Piltown is a new departure for us with a 20km finishing circuit which will condense the action into a relatively small area and offer fans multiple opportunities to see the race.

“We’ve had wonderful support from Kilkenny County Council and An Garda Síochana throughout the planning of this event and they have helped smooth the not inconsiderable process of bringing top class bike racing to the county.

The route for the 14th edition of Rás na mBan includes six stages and five days of racing on the roads of picturesque County Kilkenny for the riders in early September. Details with map links below

STAGE 1 – Wednesday 4th September
Road Race Kilkenny-Gowran 70.1KM
Stage 1 (Road Race) Kilkenny – Gowran
The race kicks off on Wednesday 4th September with a 70.1km road race beginning at event headquarters, the Springhill Court Hotel, and finishing for the third time in the picturesque village of Gowran on a mainly flat course including a single hill offering points for the IVCA Wicklow 200 Queen of the Mountains classification.

STAGE 2 – Thursday 5th September
Road Race Kilkenny-Piltown 89KM
Thursday’s second stage is a rolling 89km road race starting in Kilkenny and finishing in the pretty village of Piltown. Riders race to a 19.6km finishing circuit including two Queen of the Hills at 55.9KM and 75.6KM

STAGE 3 – Friday 6th September
Road Race The Cut – Slieve Blooms 111KM
Friday’s third stage is a brand new ‘Queen’ stage with an epic assault on The Cut in the Slieve Bloom Mountains in County Laois which is set to create big gaps between the riders on general classification.
The stage is a daunting 111km slog from Kilkenny through County Offaly, onto Wolftrap Mountain followed by the route into County Laois and on to The Cut. The final climb is a 7.4km ascent with an average gradient of 4.5% and a maximum of 9.8% to a popular viewing point for cyclists and tourists.
Stage 3 Route Map: https://ridewithgps.com/routes/30510936

STAGE 5 – Saturday 7th September
‘Criterium’ Circuit Race 40km
Race Length: One hour
On Saturday evening the riders converge on the world famous Kilkenny Castle for a one-hour, high-octane criterium circuit race on a 2.1km lap that proved to be a real hit with the riders and the large and appreciative crowd lining the circuit in the last three editions. It will be the fastest bunch stage of the week and is sure to provide spectacular racing action for the spectators in Kilkenny city centre. It’s a race that will be targeted by the sprinters and will likely play an important part in the destination of the Points Classification at the end of the week.

STAGE 6 – Sunday 8th September
Road Race Kilkenny 88KM
The race concludes on Sunday September 10th with a tough 88km on rolling roads beginning and ending in Kilkenny at the end of five tough days of racing. The big challenge on the final day will come when the riders leave the beautiful village of Inistíoge to take on Woodstock Hill, where the final battle for general classification honours will be joined.
The riders will then race back to Kilkenny to the finish line down John Street and Rose Inn Street before swinging left for the short drag to the final finish line in front of Kilkenny Castle.