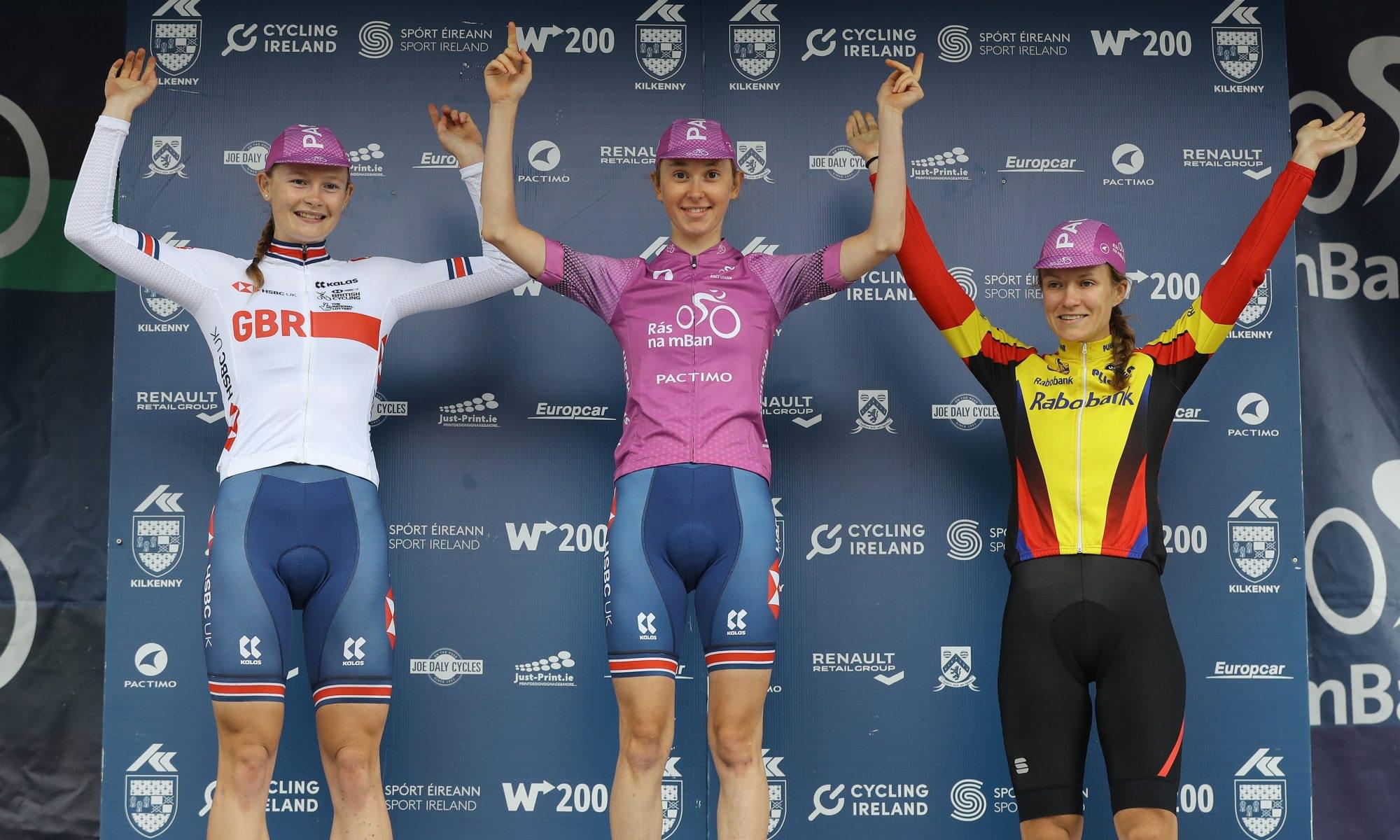 An all new time trial around the walls of Kilkenny Castle and a final stage city centre circuit race are among the highlights of the 2022 Rás na mBan route announced today.

Top bike racers from all over the world will return to Kilkenny in the first week of September for the 16th running of an event which attracts Olympians and world championship riders to face the challenging roads of Ireland’s Ancient East.

Ireland’s international stage race for women returns with a familiar format featuring four road race stages of varying length and difficulty, a time trial and a circuit race which for a sixth time centres on the beautiful city of Kilkenny.

The 2022 running of the event begins on Wednesday September 7th with six stages taking place over five days in and around the race base in County Kilkenny.

Once again, the route offers a variety of challenges, from testing hilly stages including the stage three summit finish to the ‘The Cut’ in the Slieve Bloom Mountains in County Laois, to the stage five time trial on Sunday where riders will ride solo against the watch on the new Kilkenny Castle course.

For a second year the race begins in the west of Kilkenny County on Wednesday 7th September with a stage finish in Callan and two laps of a 13km finish circuit which will offer spectators at the finish line three chances to see the riders during the day.

The other stages cover roads which will be familiar to fans of Rás na mBan from previous years while also introducing new challenges for the riders. The day two race to Inistioge includes a grippy and spectacular conclusion at Woodstock.

The day three ‘Queen Stage’ in the Slieve Bloom mountains once again features a finish in the spectacular surroundings of The Cut following a start in Portlaoise.

Saturday’s race to Piltown mirrors the second stage of the previous two editions of Rás na mBan. The familiar route includes the two laps of the Templeorum circuit including demanding ascents of the Sweep.

The final day of the race brings the riders back to Kilkenny city for two stages centring on the imposing edifice of Kilkenny Castle, one of the most popular visitor sites in Ireland.

In the morning the riders will face a 2.5km time trial around the walls of the castle as the specialists against the watch have an opportunity to offset the advantage enjoyed by the climbers on previous stages.

The final stage of the week is the hugely popular circuit race in Kilkenny City Centre, the fastest stage of the week, approximately an hour and fifteen minutes of high octane city centre racing after which the champion of Rás na mBan 2022 will be crowned.

Race Director Valerie Considine believes the 2022 route will challenge the riders and offer an opportunity to further showcase the beauty of Kilkenny City and County:

“We’ve retained the best aspects of the 2021 route and added two significant new challenges that could alter the character of the fight for overall honours.

In keeping with our policy of keeping the route fresh and stimulating for riders and fans alike, we have explored new route options and we think this year we have presented a route with the best balance of challenges for different rider types.

The move to Kilkenny six years ago has been overwhelmingly positive for Rás na mBan and we’re looking forward to another great week of racing through the beautiful countryside in September.

We’re very grateful for the continuing support and encouragement from all in Kilkenny as we continue preparations for the event .

“Our all-new second stage finishing in the grounds of Woodstock House in Inistioge will be a unique challenge, one that the mountain goats and sprinters will relish equally. It’s a new destination for us with unexplored challenges and it’s great to be bringing the race to a new audience.

“The ride to The Cut on stage three begins in Portlaoise and is a welcome third visit for the race to County Laois. I’m certain the riders and spectators are going to love the race challenge and the beautiful scenery in the Slieve Bloom Mountains on Friday 9th September.

“The hilltop finish on The Cut follows the tough ascent of Wolftrap Mountain and with two tough climbs on the day, it’s sure to be a great test. The Rás na mBan summit finish has become established as a wonderful occasion in the cycling calendar.

“The, by now, very popular stage to Piltown has been switched to Saturday when legs will be starting to become heavy from four days of tough racing.

Sunday’s final day has a very different look to previous years and the morning time trial followed by the afternoon circuit race combine to make both the shortest and fastest racing of the week.

“We’ve had wonderful support from Kilkenny County Council and An Garda Síochána throughout the planning of this event and they have helped smooth the not inconsiderable process of bringing top class bike racing to the county.

Full route details and map links for the 2022 Rás na mBan see below.
Note: Timing and route details remain provisional. See rasnamban.com for up to date details.
2022 ROUTE
The route for the 16th edition of Rás na mBan includes six stages and five days of racing on the roads of picturesque County Kilkenny for the riders in early September. Details with map links below