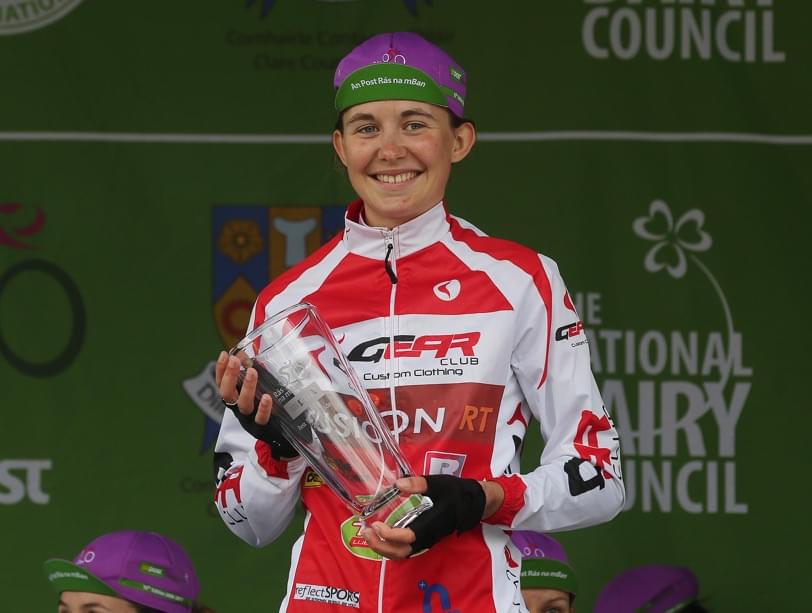 British visitors traditionally make up a significant percentage of the race entry and the organisers introduced the prize last year to take account of the wonderful support from our island neighbours throughout the ten years of the event and during previous incarnations of international stage racing in Ireland.

The Best British Rider Classification awards prizes for the first eight riders who live and race in England, Scotland or Wales throughout the season and proved hotly contested during last year’s event.

In 2015, England’s Natalie Grinczer, racing with the Welsh-based Fusion RT squad took the honours in the Best British Rider competition on her way to fourth overall in the race.  Grinczer also won the stage four time trial last year.

“British based riders have supported this event in great numbers since it began and we want to show our appreciation. It proved to be both popular and hard fought last year with four eligible riders in the top eight overall covered by just 16 seconds. With the move to Kilkenny this year including a short time trial again and a city centre circuit race, there are fresh challenges to suit the British based riders.”

An Post Rás na mBan moves to County Kilkenny in 2016 when it will mark the 30th anniversary of the first Irish international women’s stage race, the John Hearn Memorial held in Tipperary in 1986.