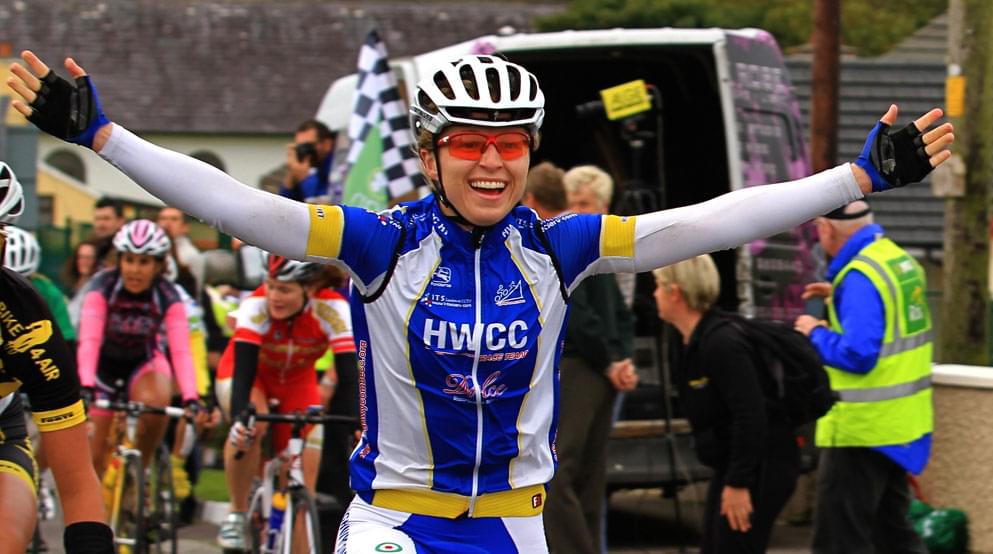 Karla Boddy of High Wycombe CC took the Fixx Coffeehouse fourth stage of An Post Ras na mBan in a group sprint at the end of 78km on Valentia Island today.

Danish rider Kamillla Vallin of Reelight/Bike Toyz-Kvickly finished seventh in the 31 rider lead group at the finish in Chapeltown and so retains the overall lead for a second day with a six second lead over Lydia Boylan of the Ireland team.

Siobhan McNamara of Look Mum No Hands had a great battle with Laura Massey of Abergavenny RC on the day’s two second category climbs of Coomaciste and Geokaun after which she retained her lead in the IVCA Queen of the Mountains Competition with a three point lead.

The Sneem Hotel County Rider jersey will be worn for a third day by former overall race winner Louise Moriarty (Look Mum No Hands) who finished comfortably in the lead group and remains fifth overall, 15 seconds behind Vallin.

However, the Reelight/Bike Toyz-Kvickly Odder team of race leader Vallin were alert throughout and half the field was still in contention on the finishing ramp into Chapeltown Village on Valentia Island where Boddy, having been third on both road stages so far, finally made it to top spot.

Van Kessel produced another podium finish to go with her brace of road stage wins while van der Fluit produced her team’s first important placing of the 2012 race.

Tomorrow’s An Post ‘Queen’ Stage is an epic 95.5km slog includes the category one Ballaghabeama and Ballaghasheen climbs followed by the second category Coomaciste is sure to see changes in the general classification.