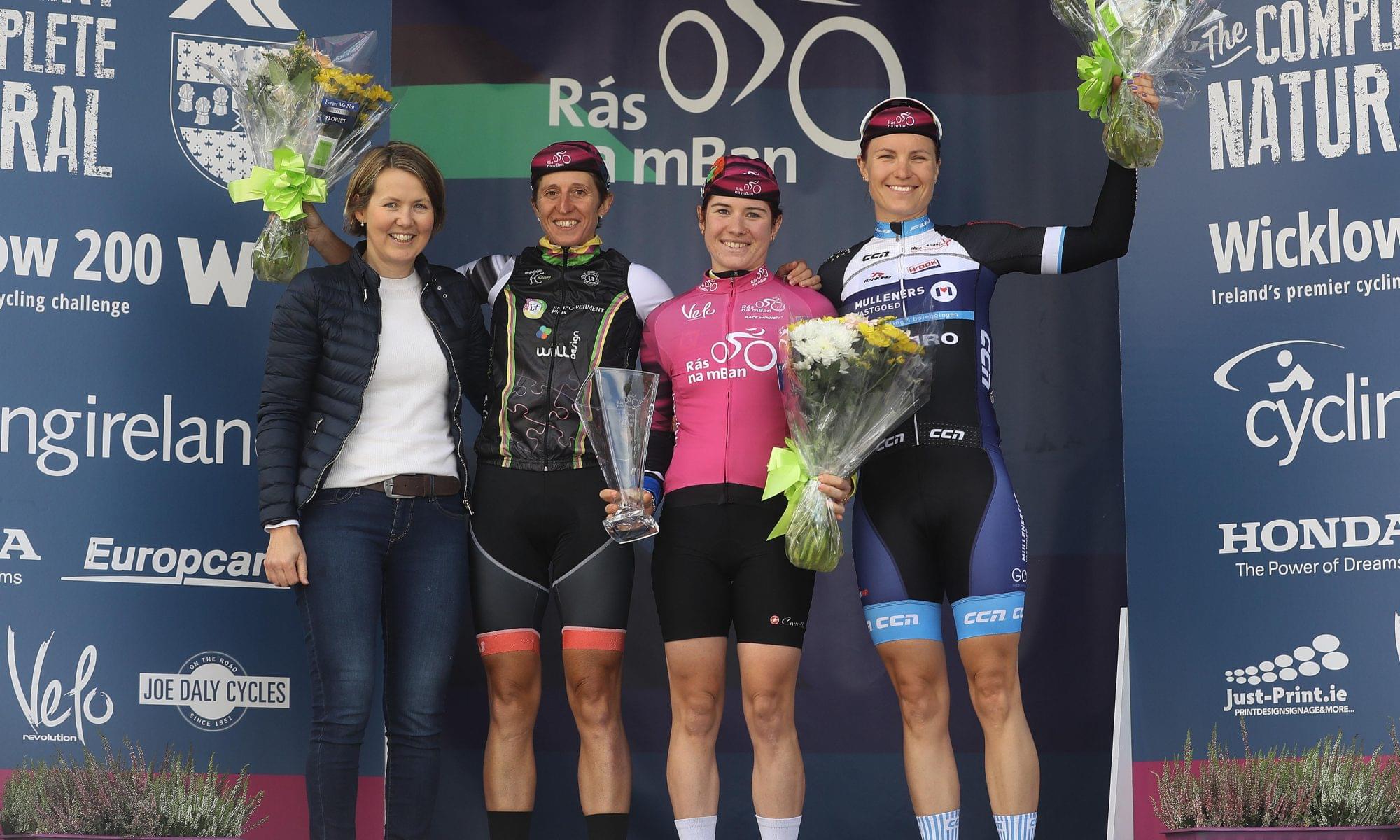 Race Director is Volunteer of the Month

Rás na mBan Race Director Valerie Considine has been honoured by Cycling Ireland who have announced the long-time event promoter is the association’s Volunteer of the Month for September.

Considine has run Rás na mBan since its inception in 2006 and this latest honour comes as Cycling Ireland opens the voting for its annual Member Awards for which she and Rás na mBan are nominated separately for awards.

Speaking following the announcement, Considine paid tribute to the legion of volunteers which helps to make the event run smoothly and which produced the biggest and best of the 13 editions in September.

“It’s an honour to represent all the selfless volunteers who give their time to make this event what it has become. We have a core committee and a wider volunteer group, many of whom have been giving their time and energy to this race since 2006.

“I’m delighted that Cycling Ireland have seen fit to recognise their contribution. Volunteerism is the essence of our sport and the lifeblood of this important event and is what has made it such a rewarding experience to be involved.”