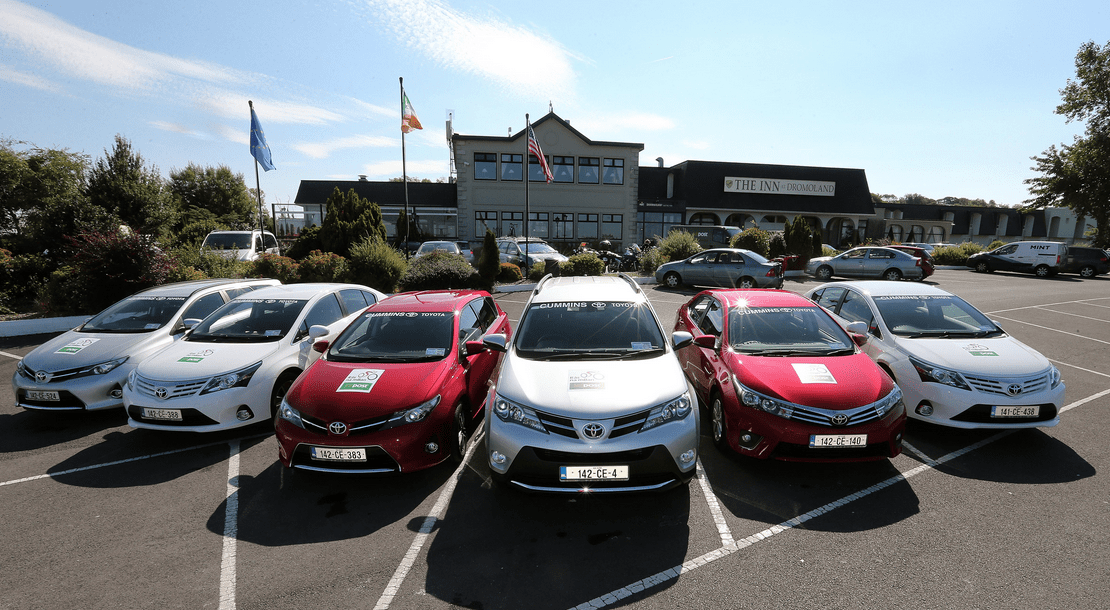 County Clare’s leading Toyota dealer Cummins Car Centre, Ennis has confirmed that it will supply official vehicles for this year’s An Post Rás na mBan for a third successive year.

The Ballymaley Business Park-based motor dealer has backed Ireland’s top international stage cycle race for women since the race first moved to County Clare in 2013. Cummins Toyota will once again supply the vehicles used by officials at the head of the race and in front of the main race cavalcade.

The link between the riders, administrators, volunteer officials and the public on the roadside during each challenging stage is a vital part of the organisational structure of the event.

This year’s tenth edition of the five-day 400km race is once again based in Ennis and is set to take in the most challenging and beautiful roads of County Clare.

Last year’s event was televised by British Eurosport and Setanta Sports TV, bringing the beauty of County Clare to an extensive TV audience through Ireland, Britain and beyond.

This year’s event will once again enjoy the benefit of an extensive media support package.

“The ongoing support from Jason Cummins and all at Cummins Toyota is a vital ingredient in the smooth running of our race. The image it conveys to a wider audience and the endorsement of getting such important support from the business community in Ennis are key reasons that this is one of our most important commercial partnerships and we’re all very grateful for the continuing commitment from Jason and his team.”