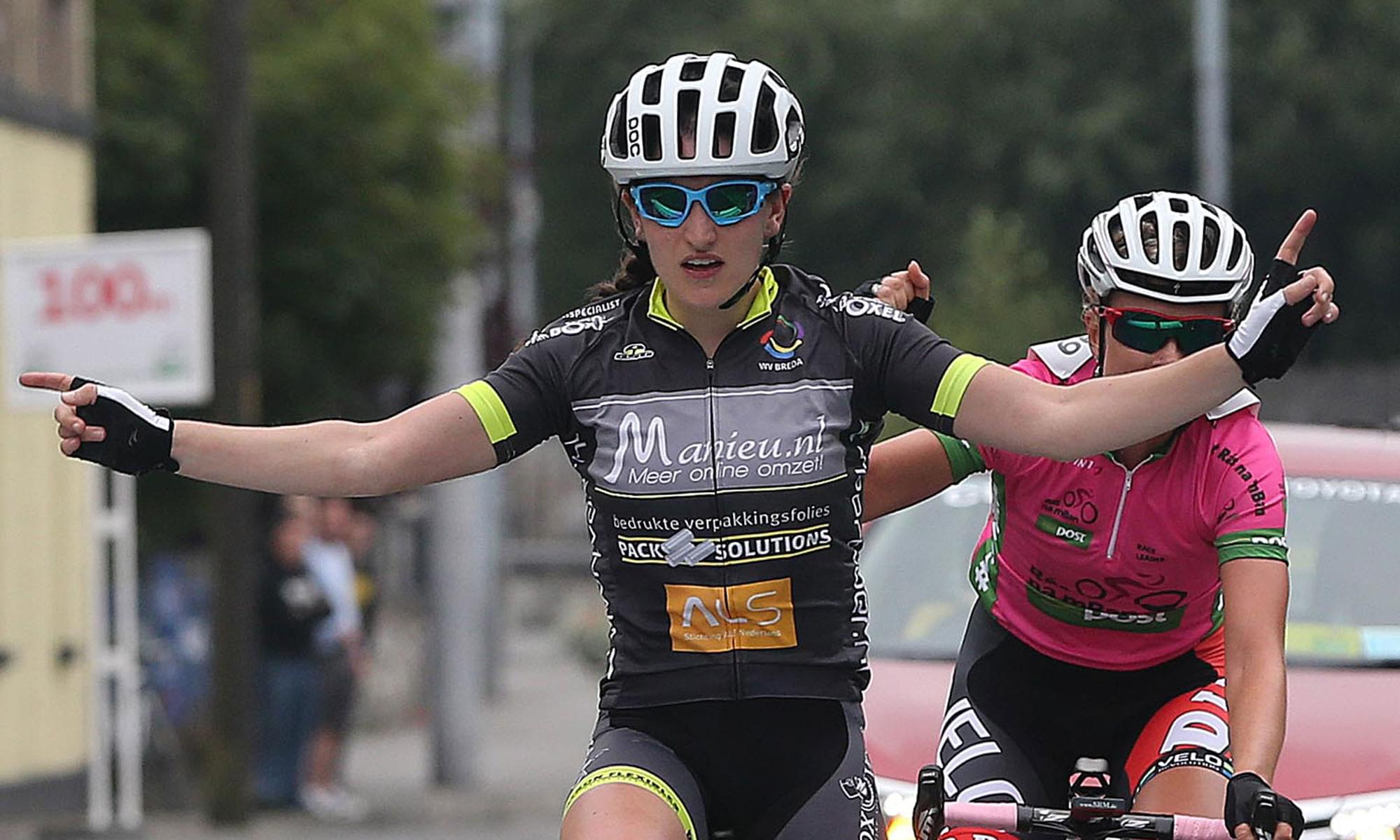 Half way through the 84km sixth and final stage, Wiles jumped across to an early break that included Ewing and the duo raced clear ahead of the final IVCA Queen of the Mountains climb with over 30km to go to hold off the 33-rider chasing pack all the way to the line. At one point their lead was over one and a half minutes on their nearest challengers and while the chasers pared the advantage in the closing kilometres, the leading pair still had almost a minute in hand at the finish line.

Wiles didn’t appear to contest the sprint which allowed Scotswoman Ewing to take the second stage victory of the week for the Dutch WV Breda-Manilieu.nl squad which also scooped the team’s classification. It was Wiles’ final day of race action in 2014, a fact that played into her thinking as she went on the attack rather than focus on defence.

“It was a blast!” Wiles said at the finish. “That break went and initially I was happy with it until they started to get a little bit too much time and I knew that Ewing was only a 1m05s doown so I decided to bridge to it. When I got there her and I were the only ones that would work so she said let’s attack this. I went with her and we worked really well together. She rode herself into second place on GC so it was great.

“The pink jersey’s the one that I really wanted and I’m really happy with this result. I think this race is absolutely incredible. It’s one of the most well organised races I’ve ever been a part of and I would love for it to continue to grow and get bigger and to give it more publicity.”

Wiles’ second place finish helped her to extend her advantage in the overall classification to 1m05s over Ewing who vaulted from 11th to second in the standings, and to 1m30s over erstwhile second placed rider Molly Weaver of Epic Scott.

Weaver took the Womenscycling.ie young rider classification back to England while Wiles’ immense final day performance saw her scoop the National Dairy Council Points classification and the IVCA Wicklow 200 Queen of the Mountains.

Blarney’s Fiona Meade was pipped to the NDC Points win by a single point by Wiles after mistiming her final sprint and trailing in tenth on the stage.

The Team Munster rider had the considerable consolation of taking the Clare County Council Best Irish rider classification for a third consecutive year to add to her stage four win on Friday.

The final 85km stage included a third category ascent after 18km and the final category one climb reached with 20km to go.

Anne Ewing was soon on the attack with Eve McCrystal (Ireland) and Ivy Audrain (DID Cycle 4 Life RT) and it was Ewing who took the Cat 3 mountains points as the gap hovered around 20s. They were joined by Helene Gerard (DN Bretagne) and Mathilde Mathijsse (Bonito Squadra Corse) before Wiles jumped across and raced clear with Ewing.