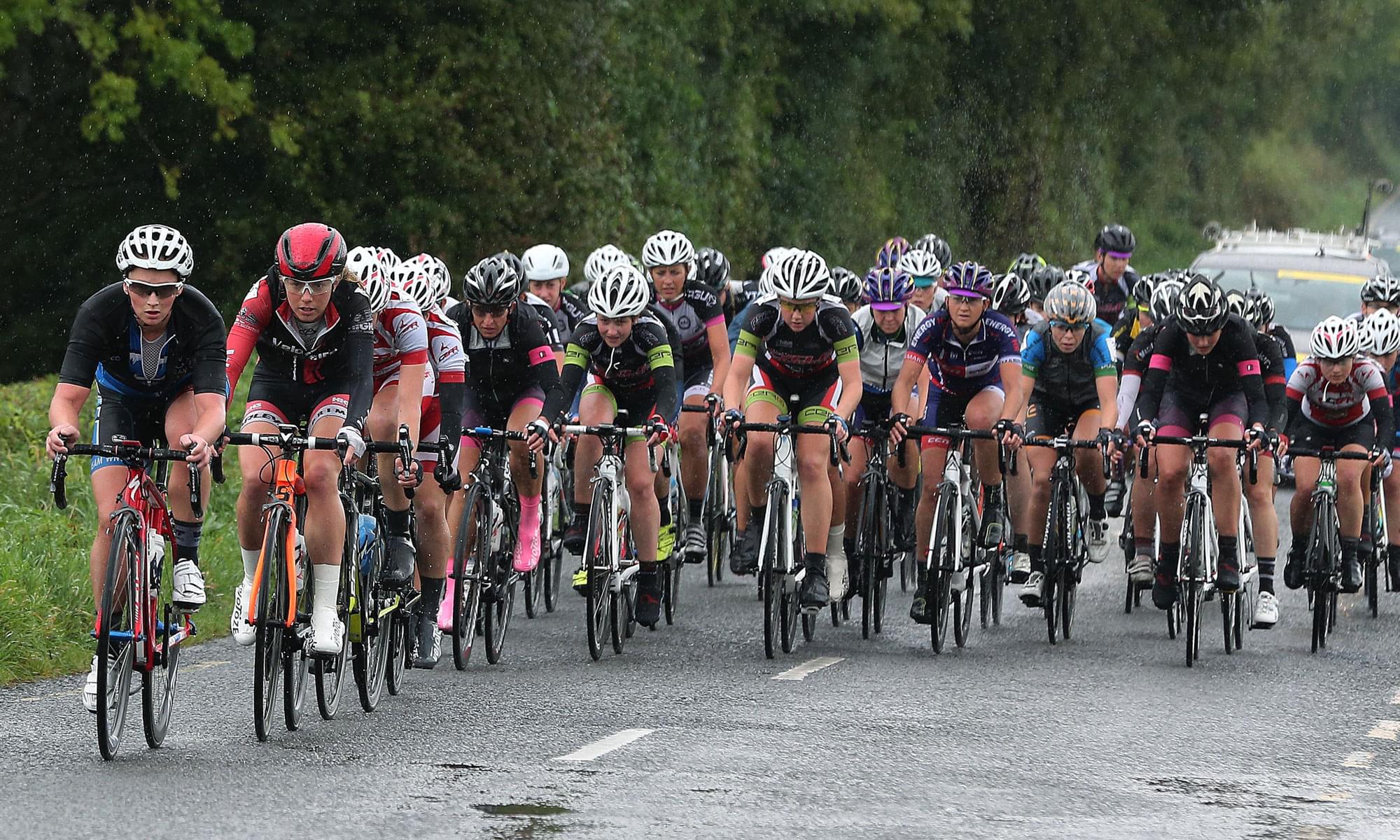 Norsgaard-Jorgensen Retains Overall Lead After Beast of the East

Grace Garner (RST Racing) took her second stage victory in three days when she led in a 37-rider group at the end of 80km in torrential rain on stage three of An Post Rás na mBan.

Garner’s second stage win propelled the British Olympic Development team rider back into the lead of the NDC Points competition while Norsgaard-Jorgensen retains her overall and Young Rider classification leads heading into the stage four time trial on Saturday morning.

The field departed Scarriff under grey skies facing into 80km in conditions varying from relentless drizzle to downpour but the inclement weather failed to dampen the enthusiasm of the 98 riders.

The riders were soon lined out on an eight kilometre drag which began at the start of the stage and by the time the road levelled again, more than 30 riders had been jettisoned from the main field.

The first classified climb of the day after 18km was the cue for Wicklow 200 Queen of the Mountains leader Mirthe Wagenaar (WV Breda-Manieu.nl) to launch herself out of the bunch, the Dutchwoman extending her lead in the competition aided by a lead out from team mate Gerte Hoeke.

After the climb the first serious break of the day came courtesy Brittany’s Coralie Demay (Team Breizh) and Britain’s Rebecca Nixon (Fusion RT) who forged clear after 20km and stayed clear for more than 25km, establishing a maximum advantage of just under a minute.

While the lead duo toiled in the rain, the main bunch was further whittled down by the driving rain and the rolling nature of the parcours.

Nixon took the second climb of the day ahead of Demay with Wagenaar scoring more valuable points.

By the third and final climb with 30km to go they were back in the fold as Wagenaar scooped more valuable Wicklow 200 points by cresting the rise in second position behind Elizabeth Stedman (Fusion RT).

With ten kilometres remaining there were approximately 50 riders in the lead group until a crash with just over six kilometres to go removed 18 riders from contention.

Garner was in third place starting the final 200m ramp to the finish line in Scarriff and, though she later claimed that she’d not had great legs on the early climbs, the European Junior Omnium Silver medallist had enough strength to power past Norsgaard Jorgensen and LeBris on the run to the line.

Tomorrow the riders face two stages with an 8 km time trial at Barefield set to separate the riders on general classification and a one-hour, 10 lap circuit race in Ballyalla likely to be the fastest bunch race of the week.