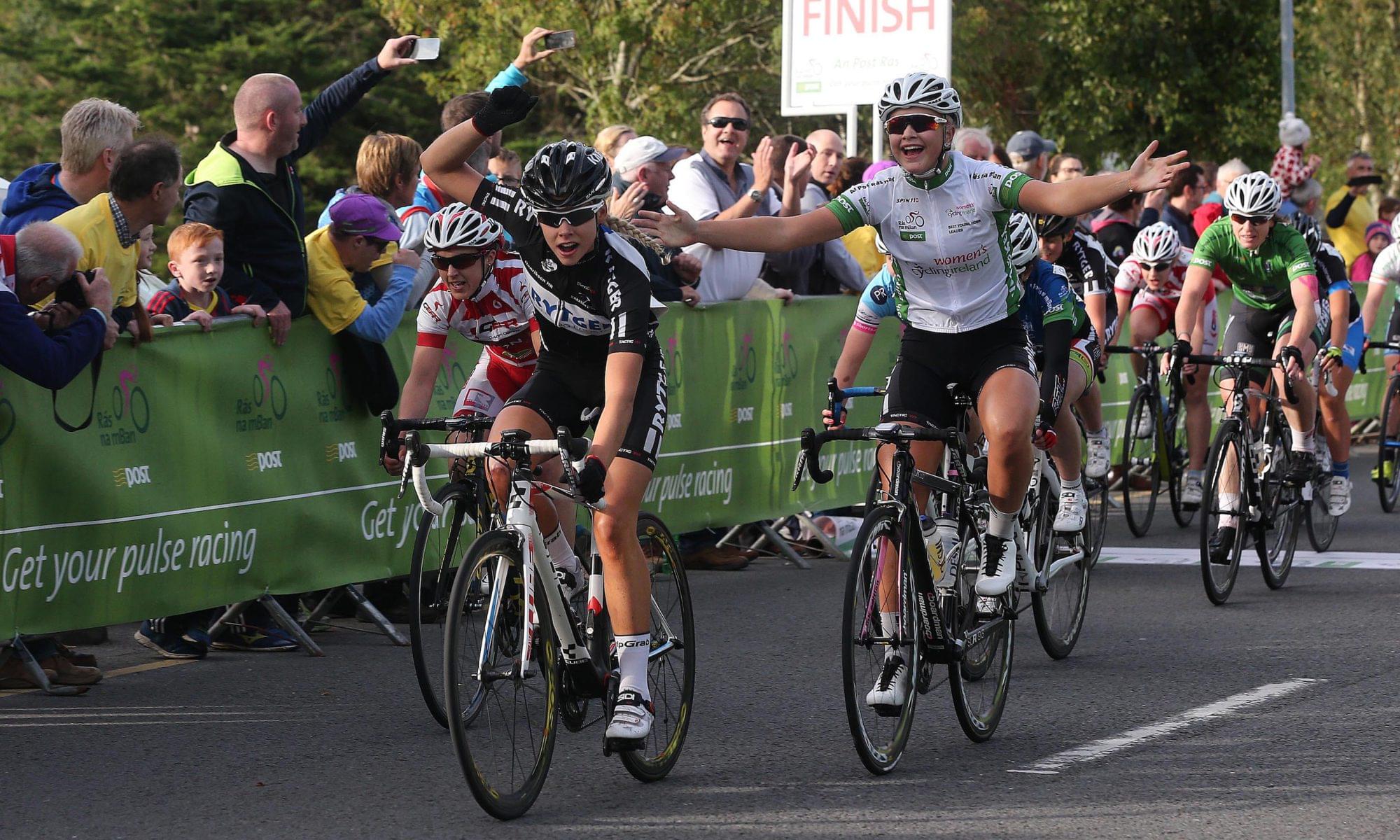 Elinor Huusko led in a Team Rytger one-two at the end of the fifth stage of An Post Rás na mBan in Ballyalla.

The Swedish teenager pipped her Danish team-mate Emma Norsgaard Jorgensen for the win after the ten-lap, 40km circuit race near Ennis with Rebecca Nixon of Fusion RT third across the line in the bunch sprint.

The overall race leader Stephanie Pohl (South Netherlands-Energy HR) was safely in the lead group to retain her lead heading into Sunday’s sixth and final stage.

Huusko was first to the line in the anticipated bunch sprint after a stage that featured plenty of attacking racing but no move that would stick.

Annasley Park (Team Giordana-Triton) went clear for three laps during which she scopped the first of two primes on offer. The English rider was back in the fold by the second prime which was taken by Helene Gerard (Team Breizh Ladies) in a hotly contested sprint with Kirsten Peetom (WV Breda).

The field was together going into the last kilometre as leading Irish junior racer Ciara Doogan, guesting with Team Rytger, went to the front to set up team mates Huusko and Cycling Ireland.ie Young Rider leader Norsgaard-Jorgensen to the line.

Huusko launched her sprint fully expecting her team-mate Norsgaard Jorgensen to come around her but the stage two winner gave best to Huusko and was a delighted second, her arms raised to celebrate another great day for Team Rytger.

Heading into Sunday’s 85km final stage starting in Domoland and finishing back in Ennis Stephanie Pohl has a seven second advantage over Eileen Roe with Norsgaard Jorgensen third, 13 seconds back.

Norsgaard-Jorgensen’s second successive runner-up finish has moved her back into the lead of the NDC Points Classification by a single point from Grace Garner in a tremendous see-saw battle for the most consistent rider classification.

The final stage includes a 1.7km category three ascent and a category one climb of ten kilometres, the summit coming twenty kilometres from the final chequered flag outside the courthouse in Ennis.