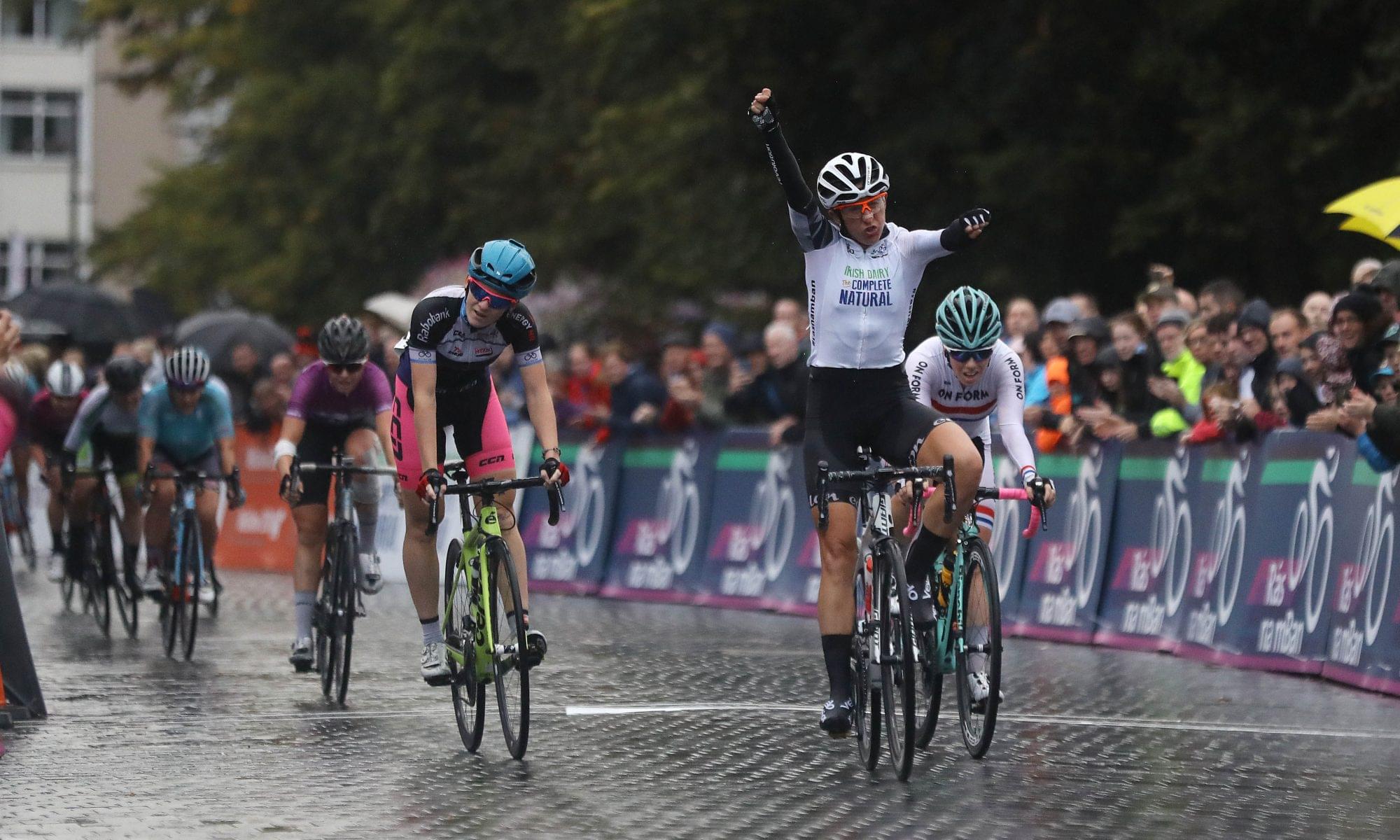 Britain’s Nicola Juniper (TC Racing) has taken her second stage victory of Rás na mBan 2018 as she sprinted in ahead of the bunch to win stage five in Kilkenny City Centre this evening.

Juniper held off Desirée Ehrler of Switzerland and Britain’s national circuit race champion Anna Henderson for the win on a night of wet weather racing in front of Kilkenny Castle.

There were incidents aplenty and furious race action that whittled the group down to just 37 of the 107 starters by the conclusion of one-hour around the 2.1km circuit.

Demay punctured but quickly regained the sanctuary of the bunch with the assistance of a Team Breizh team-mate and never allowed Juniper, despite relentless attacking by the Essex-born rider, enough of an advantage to taker her leader’s jersey.

Juniper and Henderson attacked relentlessly and almost in relay but the searing pace served only to eliminate riders from the back and the strongest, includig Demay, survived to race up the finishing straight in the wheeltracks of Juniper.

In winning the stage Juniper extended her lead in the Irish Dairy, The Complete Natural Points classification to add to the Wicklow 200 Queen of the Hills Jersey for which she already has a winning points total.

Tomorrow’s sixth and final stage takes the riders back into Kilkenny after 90km including the tough climb of Woodstock.