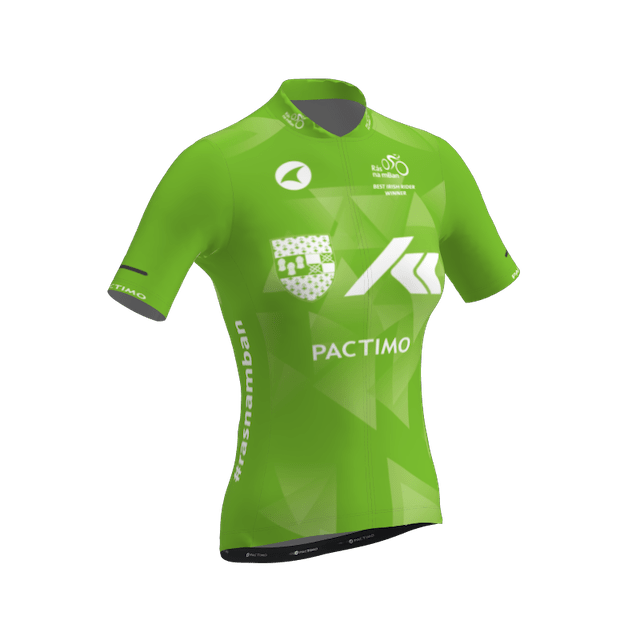 Rás na mBan returns to Kilkenny in September and Ireland’s international bike race for women has a number of exciting new innovations for its 16th edition.
This year’s race is the sixth edition of the popular international stage race to be based in and around Kilkenny and features an exciting new bike festival to be run in conjunction with the final day of racing in Rás na mBan.

Riders from all over Europe, the USA, Oceania, Africa and Asia as well as the best of Ireland’s international- and locally-based racers will descend on Kilkenny for the event which showcases the beauty and variety of roads and landscape of the Leinster county.

Sunday 11th September, the final day of racing, will begin with the fifth stage 2.5km time trial set against the backdrop of one of Kilkenny’s most iconic landmarks.

The race will end with the popular hour-long Kilkenny City Circuit Race on the familiar 2.1km circuit starting on The Parade in front of Kilkenny Castle, a spectacular and high octane end to the five days of racing.

In between those two final stages, Rás na mBan will host Féile Rás na mBan for all ages with a range of activities including leisure bike rides, fitness challenges, skills training and tests, all topped off by a series of short bike races for younger riders racing towards the same finish line to be used by the Rás na mBan stars immediately afterwards.

The focus will be on participation and fun for all as Rás na mBan continues its stated goal of providing a platform event for the best of Irish bike racers and a showcase to inspire the next generation of Irish cyclists.

Féile Rás na mBan is a joint collaboration between Sport Ireland, Kilkenny County Council and Rás na mBan with the grateful assistance of Cycling Ireland and Kilkenny Local Sports Partnership. A full timetable of activities can be viewed at http://www.rasnamban.com/feile/.

While team rosters will also be revealed in due course, Rás na mBan has once again attracted Olympic, World and European Championship riders to face the best of the local talent.

Kilkenny’s Mia Griffin, a World and European Championship track rider, is due to take part again. Having finished second on the final stage last year, she’ll be keen to go one better in ’22.

The best locally based talent includes is vying for the highly coveted green jersey awarded to the Kilkenny County Council Best Irish Rider. The leading Irish rider will be presented on the podium after each stage and recognisable in the bunch each day by the distinctive green Kilkenny CoCo Best Irish Rider jersey.

In welcoming Rás na mBan back to Kilkenny Cathaoirleach Pat Fitzpatrick said:
“Kilkenny County Council is delighted to again support Ras na mBan here in Kilkenny for 2022.  It has been fantastic to see the race develop as a spectacle since its arrival in Kilkenny in 2016 with continued engagement with the public and schools throughout the city and county.

Sunday 11th is the final day in Kilkenny City and looks particularly appealing with the time trial and criterium both taking place. Wishing all the best to the participants.”

Race Director Valerie Considine believes the 2022 Rás na mBan festival and route mark a new era for the event and an important step in encouraging a new generation of bike riders.

“The move to Kilkenny six years ago has been overwhelmingly positive for Rás na mBan. The beautiful countryside and wonderful support from Kilkenny makes planning the route an absolute pleasure and to be able to offer an event for all the family is a further step development for the race as a pillar event for Cycling Ireland,” says Considine.

“The route and festival we have assembled for 2022 will challenge the riders and offer an opportunity to further showcase the beauty of Kilkenny City and County.

“We look forward to seeing riders of all ages get on their bikes on Sunday 11th and stay to cheer on the stars of Rás na mBan. We hope our efforts will inspire more people to get on their bikes and maybe we’ll see a few future Rás riders among the girls and boys racing on The Parade that day.

“It’s particularly gratifying for us to be able to bring top class women’s bike racing to the people in such an iconic setting as Kilkenny Castle.

“We’ve had wonderful support from Kilkenny County Council and An Garda Síochana throughout the planning of this event and they have helped smooth the not inconsiderable process of bringing top class bike racing to the county.