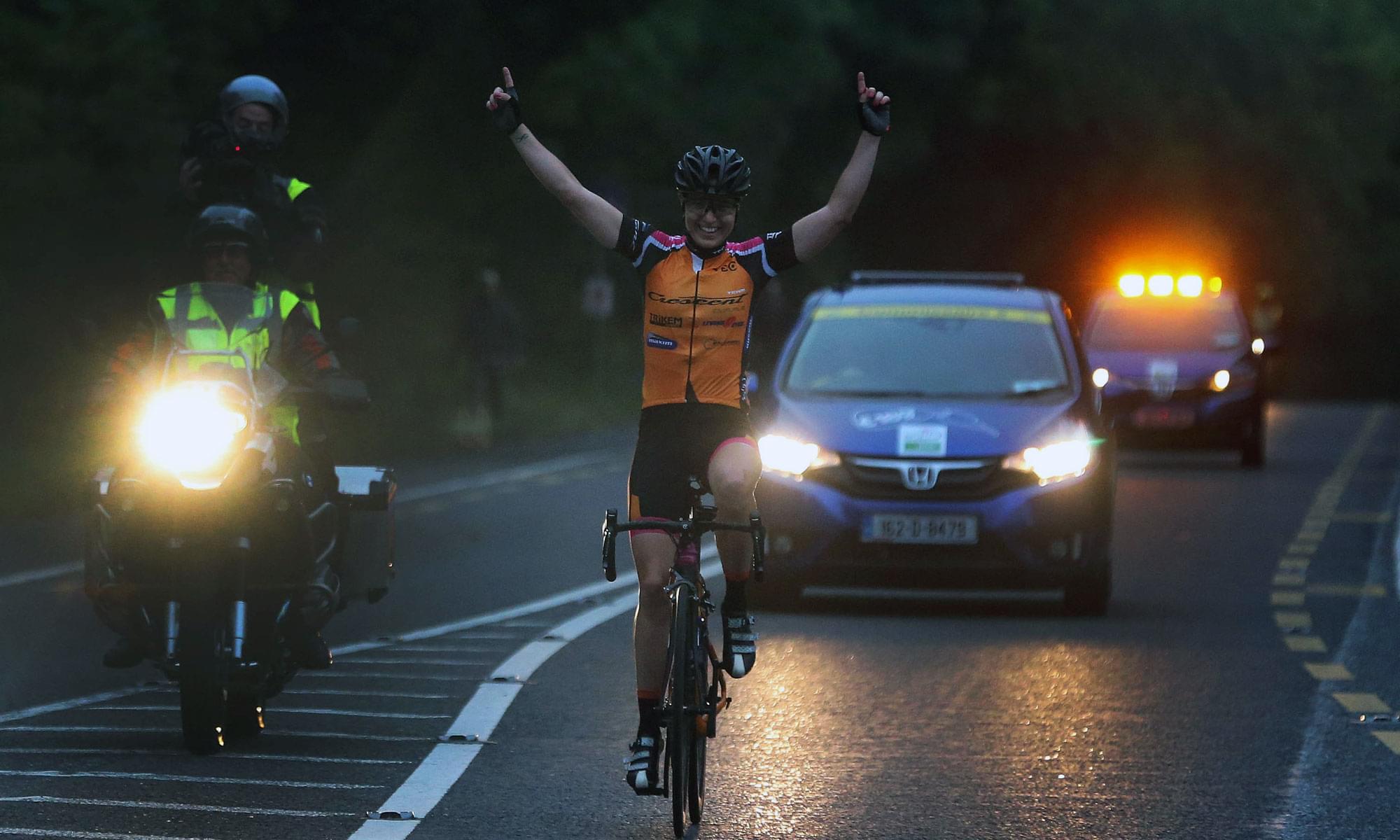 Rikke Lønne (Team Crescent Dare) has raced home solo to take victory on the first stage of An Post Rás na mBan in Kilkenny. The former Danish National Time Trial Champion held off a group of over 70 riders by 30 seconds to take the first leader’s jersey of the week.

Lønne, racing with the Swedish squad, Team Crescent Dare squad, attacked with 11km remaining in the 62km stage and quickly opened up a gap of over thirty seconds on the chasing bunch.

The 28-year-old’s maximum advantage was 40 seconds and she still retained a full half a minute when she raised her arms in the gathering gloom at the finish line near Kilkenny City.

Behind her, Dutch rider Eva Van Der Born racing with the British registered GB Cycles squad led the main group home for second on the day, just ahead of Scotland’s Eileen Roe (WNT) with South African Hazel Magill (CCN Energy Australia) fourth.
The five-day race began at Springhill Hotel with a record 114 riders  waved off on the first of six stages.

The first attack of the 2016 race from Chloe Weller of the PMR@Toachim House was neutralised and the pace remained relentless on the approach to the single Wicklow 200 Queen of the Mountains climb outside Graiguenamanagh.

Marieke Kerkvliet from the Netherlands raced clear of the pack to take the single counting climb to secure the first Wicklow 200 Queen of the Hills jersey of the week. Her WV Breda team mate Laura Gorter leading the group over the hill in second place as the Dutch squad set out its stall to win the climber’s classification for the second year in a row.

Following the climb the bunch was split into two separate groups with the second group of 30 working well to close a 20 second gap to the leaders and get back in contention for the final sprint as the bunch closed on the finish line.

By then Lonne had taken her leave of the group and was racing to glory in trademark time trial style to the first An Post pink jersey and a healthy half-minute advantage.

Magill’s fourth place finish means she is the leading Womenscycling.ie Young Rider while Grace Young was to the fore in the bunch sprint for second, meaning the De Ronde Van Cork sprinter has the honour of wearing the first Kilkenny County Council Best Irish Rider green jersey of the week.

Tomorrow’s second stage is a hilly 75km stage starting at the Discover Park in Castlecomer and and finishing back in the same picturesque village after 75 hilly kilometres.