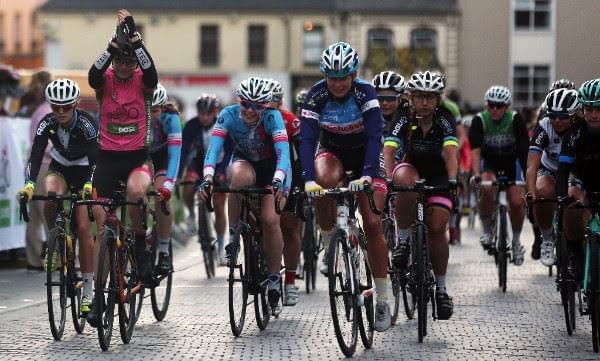 Rikke Lonne (Team Crescent DARE) will carry a 3m15s lead into the final stage of An Post Rás na mBan 2016 after the fifth stage was stopped and not restarted.

In front of large crowds in the Kilkenny City Centre circuit race, Lonne was in the main group getting set to contest the final sprint when a crash blocked the road forcing the commissaires to stop the race.

With riders being tended to on the road in fading light, the decision was made to cancel the stage so the main classifications remain unchanged heading into the final 85km road race starting and finishing in Kilkenny.

Four riders were taken to hospital for further observation and all were reported to be conscious.

It was a disappointing end to what had been a thrilling encounter around the 2.1km circuit starting and finishing at Kilkenny Castle in Ireland’s Ancient East.

Following numerous attacks from WV Breda’s Laura Gorter and the Backstedt Racing duo of Elynor Backstedt and Wilma Olausson, the race seemed set for a bunch sprint to decide the evening until the its earlier than anticipated conclusion.

Lonne led the field around to a neutralised finish in front of Kilkenny Castle where the race leader saluted the expectant crowd.

The result is that Lonne continues to lead by 3m15s overall from her nearest challenger, Ireland’s Lydia Boylan (WNT).