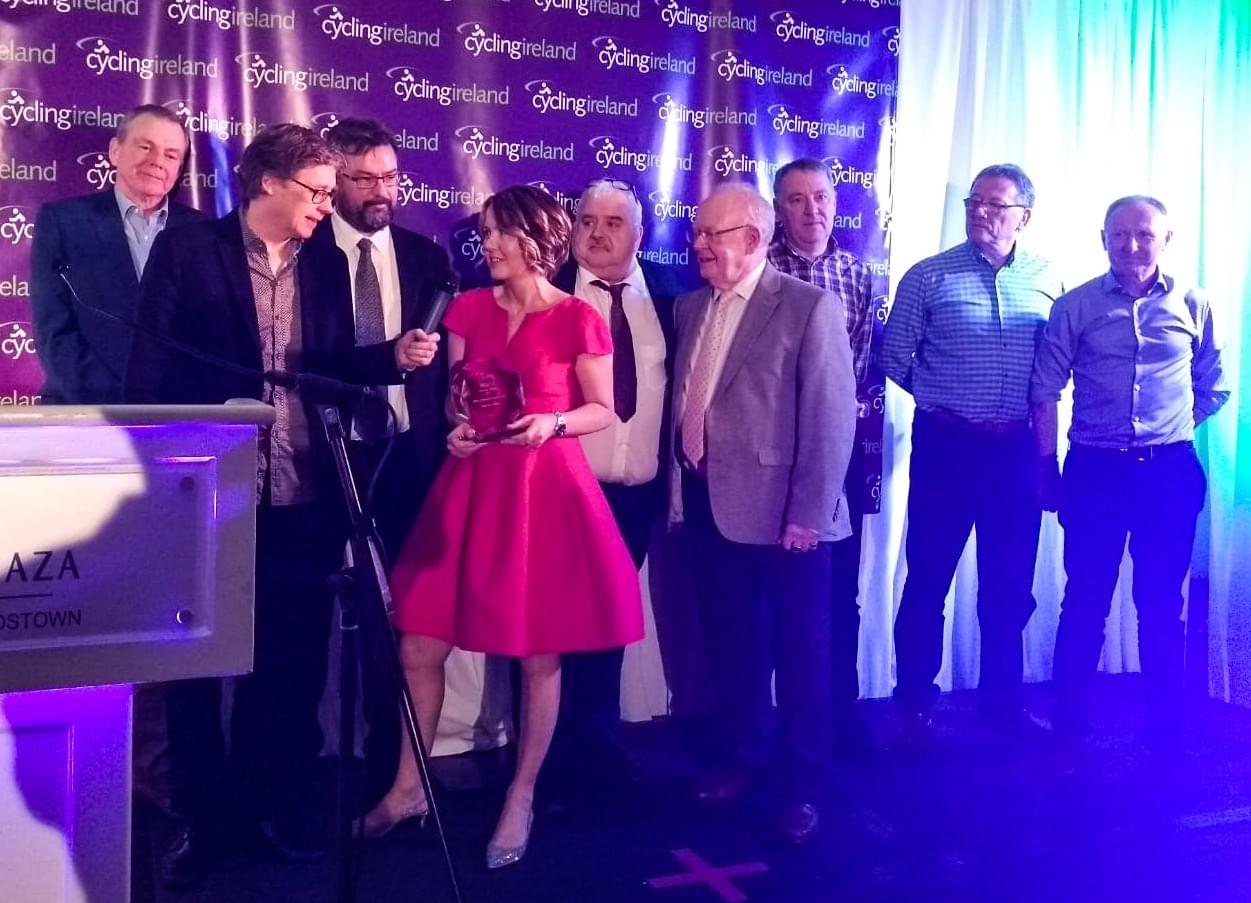 Rás na mBan has been voted the Best Competitive Event of 2018 in the Cycling Ireland Annual Awards.The prestigious accolade was presented at the awards ceremony in the Crowne Plaza Blanchardstown, Co. Dublin last night.

Rás na mBan won the award following an online vote from the membership of Cycling Ireland and beat off the claims of eight other nominated events to scoop the coveted award.

“This truly is an honour and it’s wonderful to know that our efforts to present top class international women’s bike racing is appreciated by so many.

“It’s humbling to see the quality of the events which were nominated and we’re very grateful to all who have supported us in this and every other year since we began.

“We get peerless support from the Garda, our sponsors, patrons and our legion of volunteers and it really means so much.

“We’re working hard on plans for the 2019 edition of Rás na mBan and it’s recognition such as this which helps sustain us in our endeavours. Once again, thank you.”