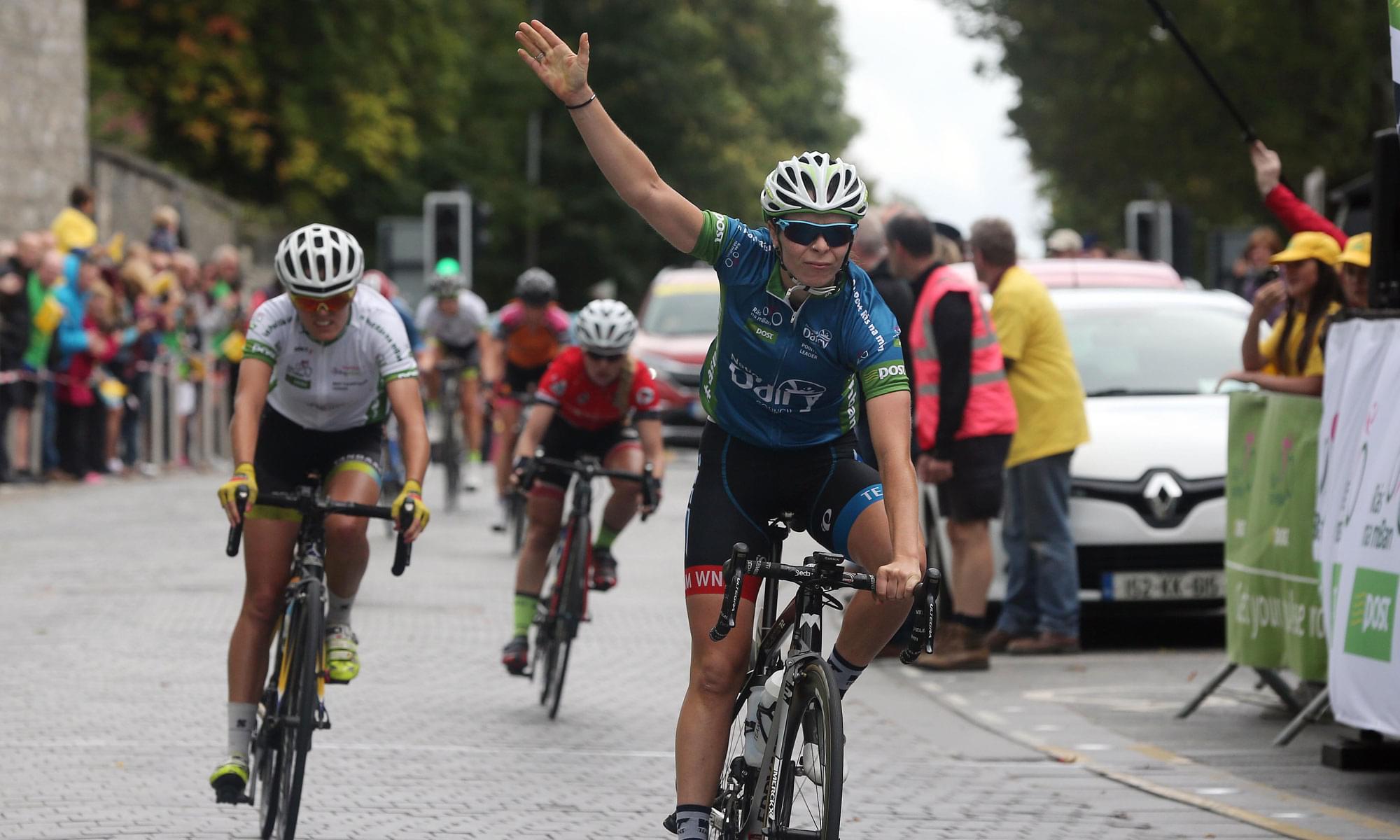 The Dane was part of a seven rider group witch contested the final sprint in front of Kilkenny Castle after 85 km of dry and windy conditions.

The final stage win went to Eileen Roe (Team WNT) for the second successive year as she sprinted in ahead of the Netherlands’ Nina Buijsman (Regioteam Noord-Holland 2) and Norwegian Stine Borgli (Bryne CK).

On a day where the high winds played a major role, the race split into several small groups.­­ The winning move was established on the final Queen of the Mountains hill at Woodstock after 43km where Ida Erngren (Team Crescent D.A.R.E) led Marieke Kerkvliet (WV Breda) over the top.

The points accrued for second were enough to ensure that the Dutch woman would overhaul Lonne to win the Wicklow 200 Queen of the Mountains classification.

The leaders established their advantage on the descent as Erngren and Kerkvliet were joined by Lonne, Roe, Buijsman, Borgli and Natalie Grinczer (Team WNT).

The leaders quickly established an advantage of over a minute by the time the chase group of 32 could get organised. In that chasing group were the riders placed second and third overall, Lydia Boylan (Team WNT) and Erin Kinnealy (CCN Energy HR Australia), respectively, who battled hard to maintain their position in the general classification.

The leaders’ maximum advantage was 1m15s with 10km to go, a margin which began to shrink on the approached the finish. Crossing the line with arms aloft in front of the large crowd gathered at the finishline outside Kilkenny Castle, Roe took the honours on the day and with it the final victory in the National Dairy Council Points competition.

Buisjman’s second place ensured she retained the WomensCycling.ie Young rider jersey. The chase group narrowed the gap to 53s Which was enough for Boylan to stay second overall while Kerkvliet moved ahead of Kinnealy and into third.

Claire McIlwaine (Cycling Ulster) was safely in the main group to secure her first Kilkenny County Council Green jersey for Best Home Based Irish Rider. Boylan took the award as Top Rider with a British Based Team.