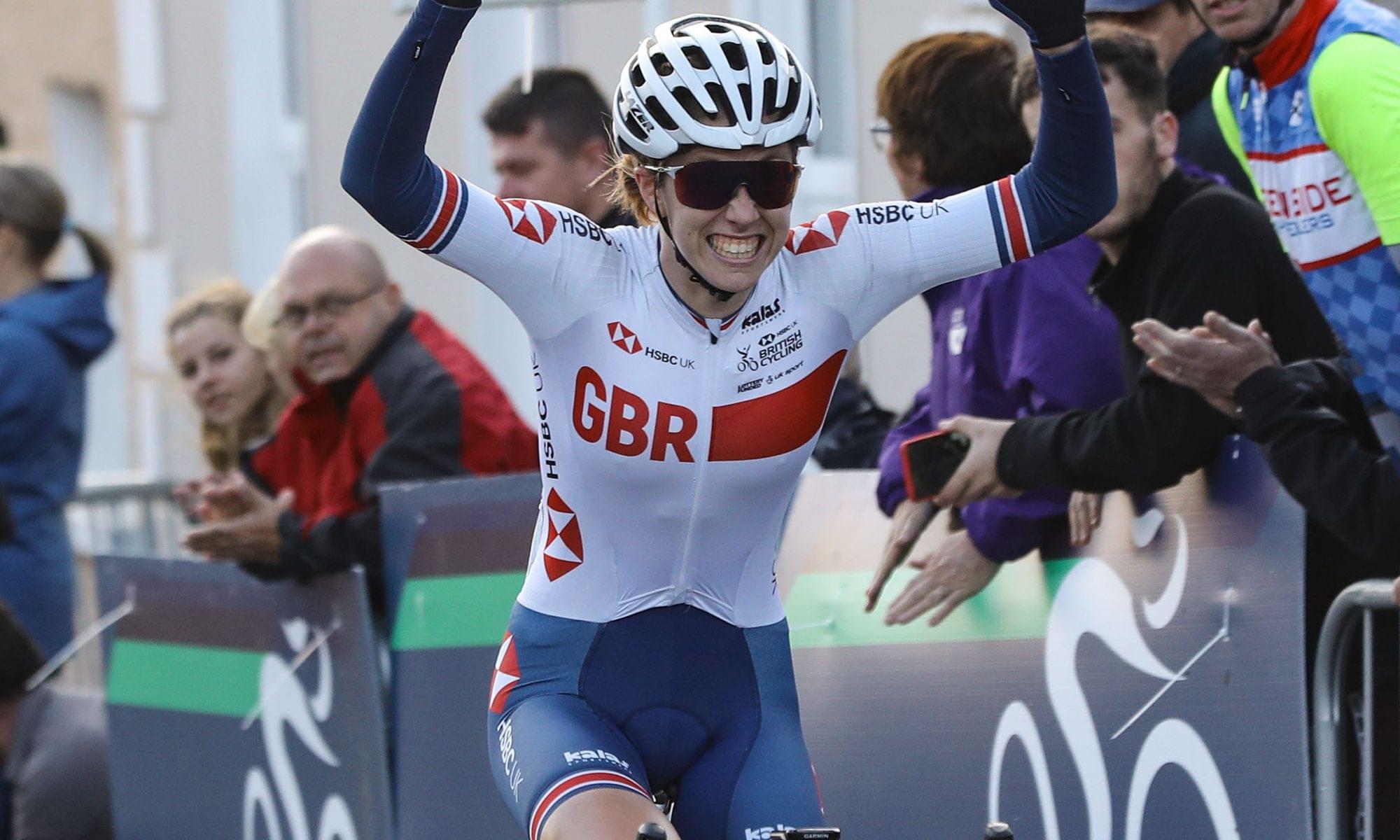 Stage one of Rás na mBan 2019 got under way at Springhill Court Hotel, Kilkenny with the first of five days of racing action taking the riders through 70km in Ireland’s Ancient East to the town of Gowran.

21 teams of five riders assembled for the 14th edition of the event, the fourth to take place in Kilkenny with Britain’s Natalie Grinczer (Brother UK Fusion RT) and her compatriot Jo Tindley (Velo Performance) going clear in the first meaningful attack of the week along with Amalie Lutro of (Team Region Sør).

Lutro lost her place at the front as they climbed the single Wicklow 200 Queen of the Mountains climb of Coppanagh near Graiguenamanagh where Tindley led over the top to secure the first Wicklow 200 jersey of the week.

The lead duo built a maximum lead of just over a minute over the bunch as crosswinds cost many riders their place in the main group.

Team Ireland, with national road race champion Alice Sharpe directing affairs, and Team GB took responsibility for much of the chasing in the main bunch behind.

When they were eventually brought back it paved the way for Grinczer’s team mate Claire Steels to attack with less than 10km remaining and she was soon joined by Josie Knight of Team GB.

With the pack clipping at their heels, Knight and Steels hung on to contest a famous win. Into the finishing straight in Gowran, Knight powered clear to take her first victory in Rás na mBan from former world champion duathlete Steels.

“I can’t believe it,” said Knight afterwards. “I came here wanting to do well but to win today, I didn’t expect this. Claire went up the road and I know she’s strong, she’s beaten me a couple of times before and I knew she was a wheel to follow and no one was really chasing her so I thought, even if I just get to her and we get caught but  to go all the way to the line, I can’t believe it.

“We never really had more than ten seconds. It was touch and go and I thought ‘ooh, do I commit fully and if we get caught do I possibly get dropped’ but we were pretty good and we just kept telling each other ‘we can do it, we can do it’ and we made it to the line so it’s unbelievable.”

Jenny Holl made it a great day for Team GB by leading the bunch home for third place, just 15 seconds behind.

Tindley is the leader of the Wicklow 200 Queen of the Mountains, while Knight bagged the Just-Print.ie Stage Winners Jersey.

She also leads the Women’s Cycling.ie Young Rider category, the Points Classification and will wear the Magenta jersey of overall leader of Rás na mBan into Thursday’s second stage, an 89km ride from Kilkenny to Piltown.