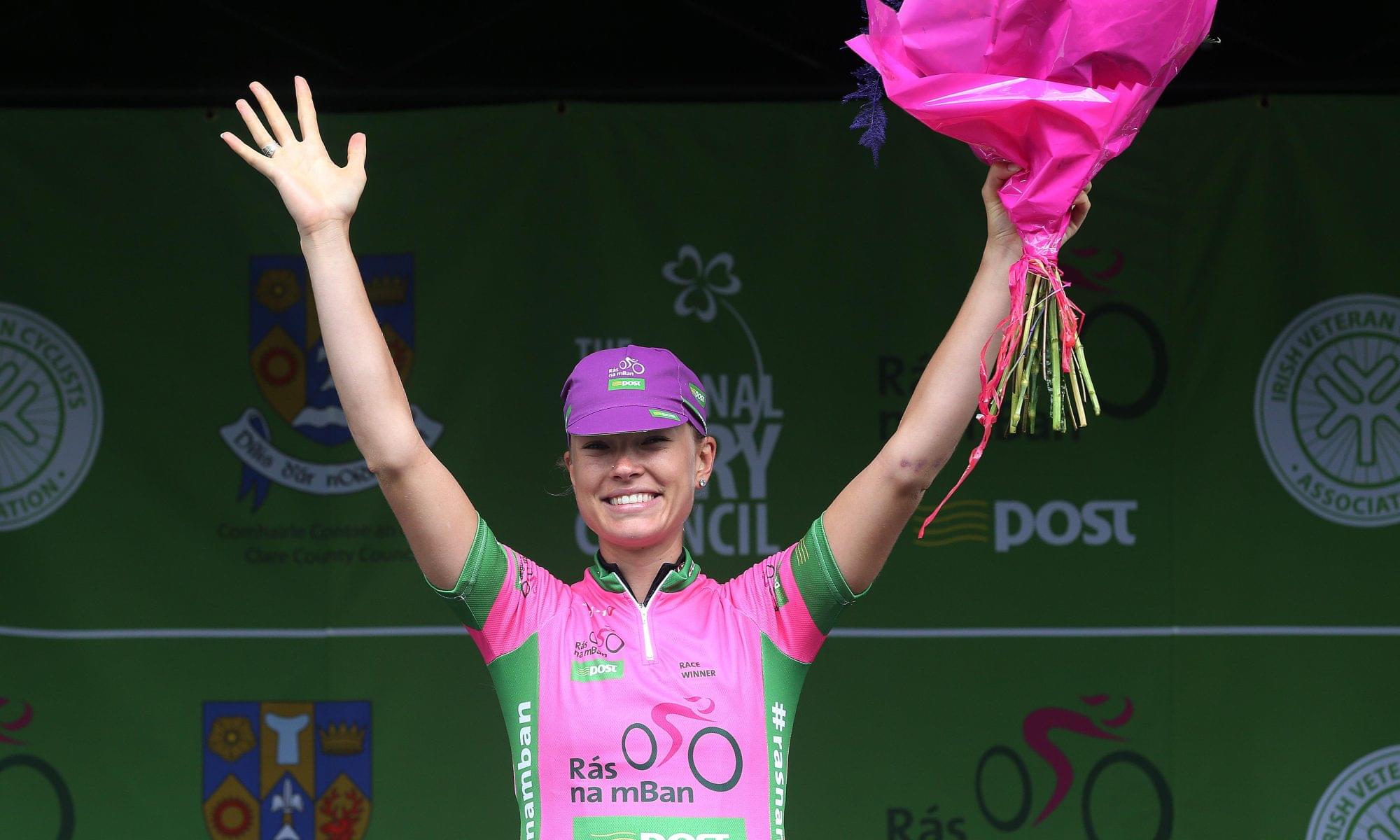 Trek Segafredo World Tour star Tayler Wiles is just one of many Rás na mBan ‘alumni’ who have written of the challenges of lockdown lately. Many will have seen her blog on Cyclingtips.com detailing the beginning of the lockdown in Spain.In these days when many of us are remembering wistfully the heady days of ‘outdoor’ racing, it’s a good time to recall Rás na mBan 2014 when Wiles and her partner Olivia Dillon came to Ireland’s international stage race in County Clare just under six years ago.

Dillon, the defending champion, led the Irish national team while Wiles, who had finished second in Tour de l’Ardeche just a few days previously, was co-opted onto the DID Cycle 4 Life composite team and she made an immediate impact with second place to Dutchwoman Femke Van Kessel of WV Breda on stage one in Ennis.

Wiles went one better when she led in Frida Knuttsson (currently a frontline health worker in Sweden) at the front of a select group contesting the victory after a tough and beautiful day’s racing on the Wild Atlantic Way.

She doubled up by confirming her favourite’s status in the 8km stage three time trial at Barefield to open up a lead of over half a minute on Mathilde Matthijsse and was safely in the bunch when Fiona Meade won the stage four circuit race at Barefield.

While Dillon was not able to add to her three Rás na mBan titles in 2014, there can have been few prouder than the Mayowoman at Wiles’s success. Dillon herself had something to celebrate with her win on the penultimate stage in Ballyvaghan before Wiles finished the week by joining stage winner Anne Ewing in the winning break to deliver her fourth podium finish of the week and a first overall title for the US.

Wiles has since established herself as one of the most valuable team workers on the Trek Segafredo squad and has scored many notable victories of her own in a storied career. Everyone involved in Rás na mBan remembers with fondness the week when she displayed her prodigious talent on the roads of Ireland and charmed everyone along the way.