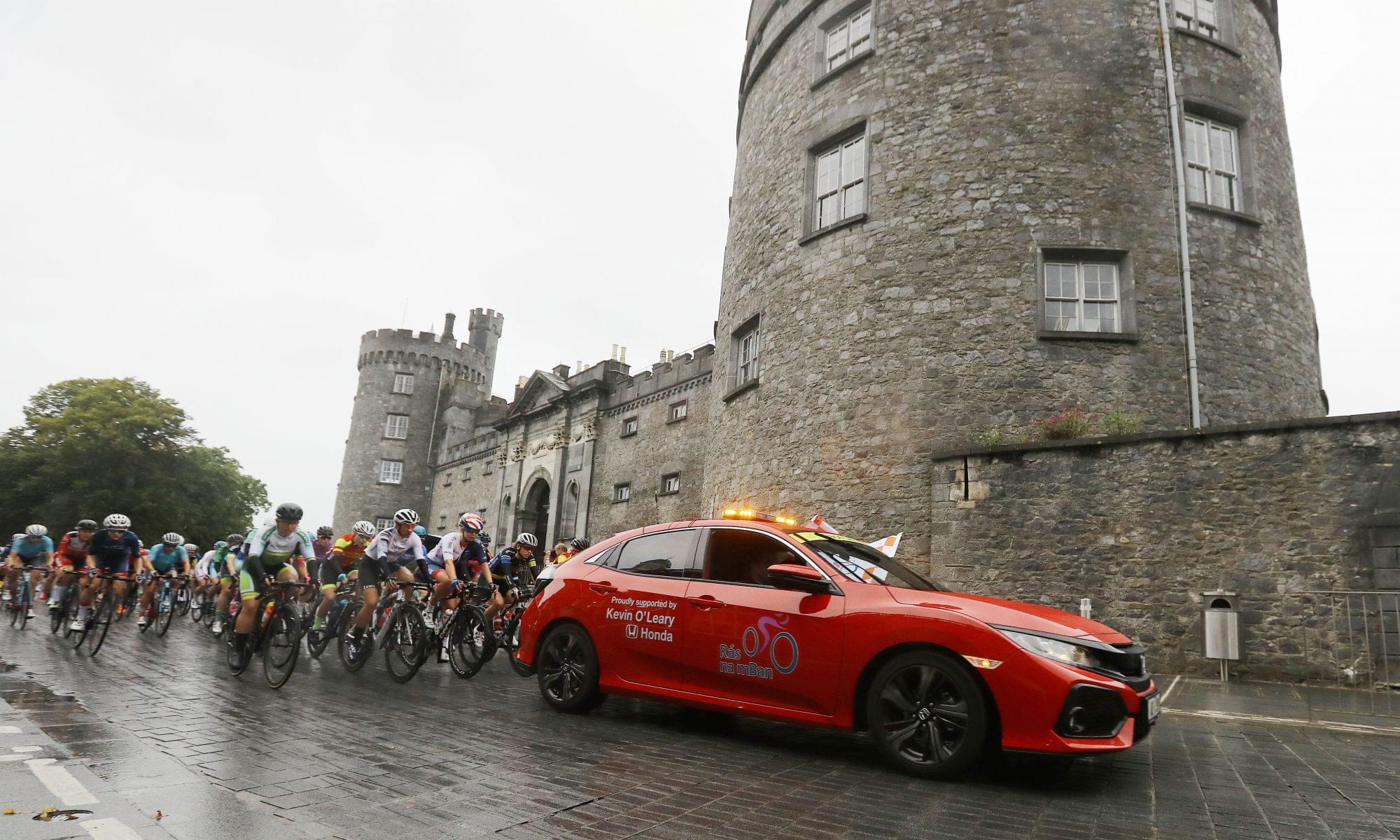 The route for the 14th edition of Rás na mBan includes six stages and five days of racing on the roads of picturesque County Kilkenny for the riders in early September. Details with map links below

For Reference and planning, here are the basic details of start times and expected finish times for each of the stages in Rás na mBan 2019.

Road Race Kilkenny-Gowran 70.1KM
Stage 1 (Road Race) Kilkenny – Gowran
The race kicks off on Wednesday 4th September with a 70.1km road race beginning at event headquarters, the Springhill Court Hotel, and finishing for the third time in the picturesque village of Gowran on a mainly flat course including a single hill offering points for the IVCA Wicklow 200 Queen of the Mountains classification.

Road Race Kilkenny-Piltown 89KM
Thursday’s second stage is a rolling 89km road race starting in Kilkenny and finishing in the pretty village of Piltown. Riders race to a 19.6km finishing circuit including two Queen of the Hills at 55.9KM and 75.6KM

Road Race The Cut – Slieve Blooms 111KM
Friday’s third stage is a brand new ‘Queen’ stage with an epic assault on The Cut in the Slieve Bloom Mountains in County Laois which is set to create big gaps between the riders on general classification.
The stage is a daunting 111km slog from Kilkenny through County Offaly, onto Wolftrap Mountain followed by the route into County Laois and on to The Cut. The final climb is a 7.4km ascent with an average gradient of 4.5% and a maximum of 9.8% to a popular viewing point for cyclists and tourists.
Stage 3 Route Map: https://ridewithgps.com/routes/30510936

Individual Time Trial 6.5KM
The following day, Saturday, features two separate stages beginning with a 6.5km individual time trial stage on a hilly road beginning in the pretty location of Tullaroan and ascending to the scenic location at a wind farm above the village.
Stage 4 Route Map: https://ridewithgps.com/routes/30510927

‘Criterium’ Circuit Race 40km
Race Length: One hour
On Saturday evening the riders converge on the world famous Kilkenny Castle for a one-hour, high-octane criterium circuit race on a 2.1km lap that proved to be a real hit with the riders and the large and appreciative crowd lining the circuit in the last three editions. It will be the fastest bunch stage of the week and is sure to provide spectacular racing action for the spectators in Kilkenny city centre. It’s a race that will be targeted by the sprinters and will likely play an important part in the destination of the Points Classification at the end of the week.

Road Race Kilkenny 88KM
The race concludes on Sunday September 10th with a tough 88km on rolling roads beginning and ending in Kilkenny at the end of five tough days of racing. The big challenge on the final day will come when the riders leave the beautiful village of Inistíoge to take on Woodstock Hill, where the final battle for general classification honours will be joined.
The riders will then race back to Kilkenny to the finish line down John Street and Rose Inn Street before swinging left for the short drag to the final finish line in front of Kilkenny Castle.