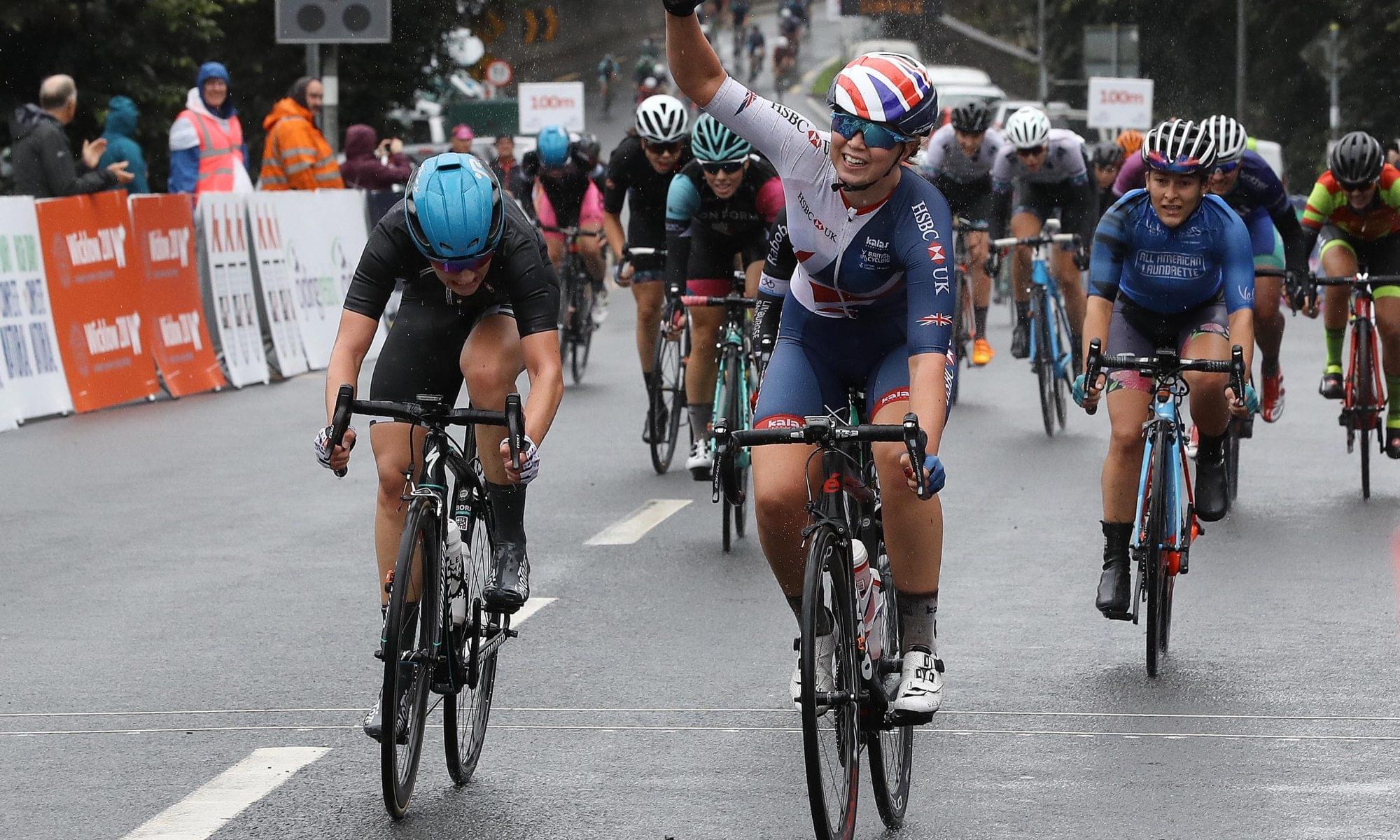 The Team GB rider led in Anne Sophie Harsch of Luxembourg and Desirée Ehrler of Switzerland at the front of a large bunch which had faced treacherous conditions throughout.

Overall race leader Nina Kessler and Irish national road race national champion Eve McCrystlal were among a large number of riders who crashed with ten kilometres remaining. Both regained their position in the main field before the finish.

But there was no stopping Callander who was a slightly surprised and delighted winner, emulating Team GB’s win by Alice Barnes into Castlecomer 12 months ago.

Callander collected her All American Launderette Stage Winners jersey which she will wear on stage three.

Iris Sachet finished fourth for the second day in succession and the Frenchwoman’s consistency means she takes over the overall leader’s jersey on count back of finishing positions ahead of stage three tomorrow.

Sachet is also the leader of the Irish Dairy, The Complete Natural Points Classification.

Claire Faber of the Andy Schleck Cycles Women’s Project retains the lead of the womenscycling.ie Young Rider Classification while Nicola Juniper was first at the second of two tough climbs of the day at Firoda to extend her lead in the Wicklow 200 Queen of the Mountains Classification.

And Bandon CC rider Agniezka Wozniak racing with Team Verge was safely in the main bunch in 30th to retain her status as the best placed local rider for the Kilkenny County Council green jersey for a second day.

The riders now face 110km of tough roads on stage three which takes them to a summit finish on Mount Leinster tomorrow afternoon.