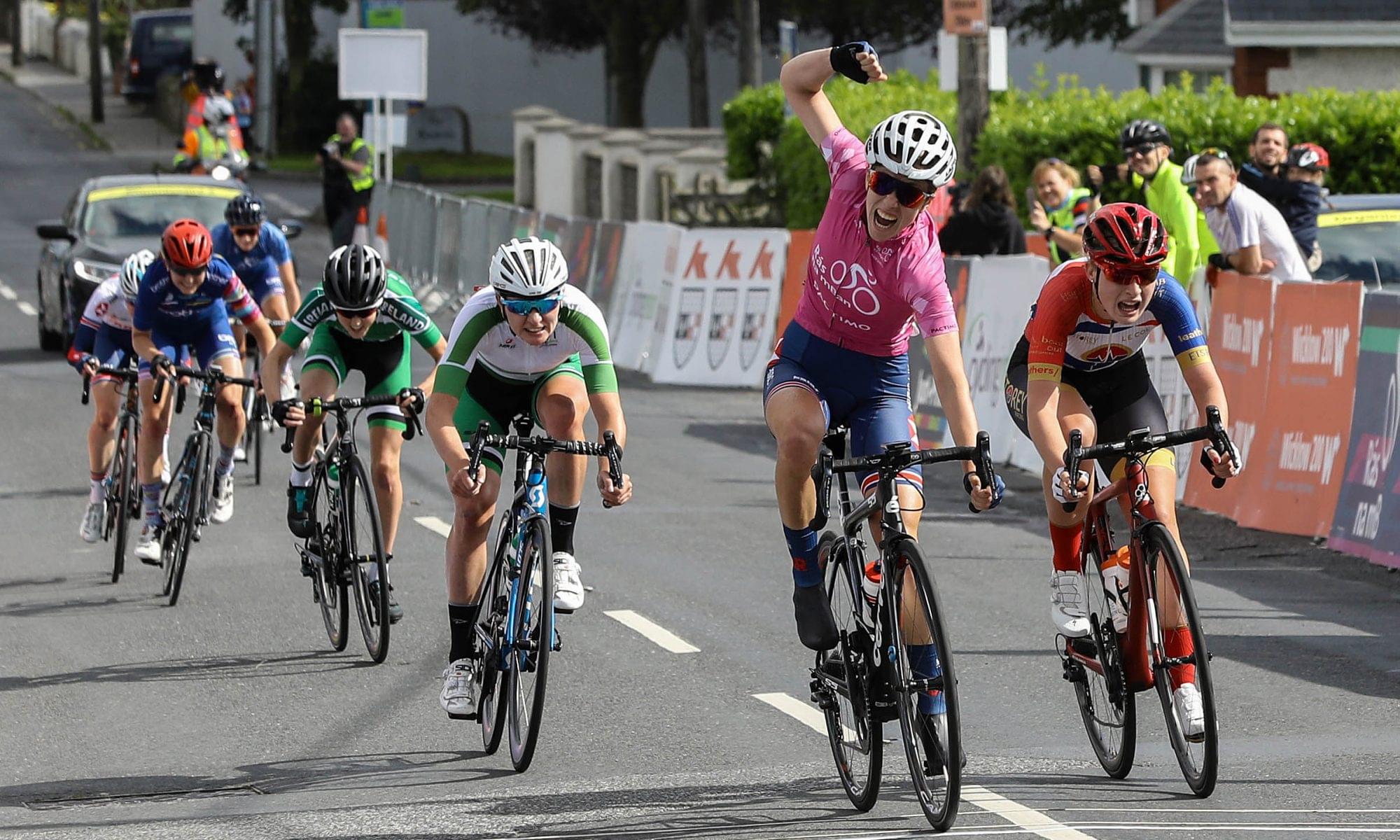 Three of the top four riders from the last edition of Rás na mBan in 2019 are getting set for the 15th edition of Ireland’s international women’s stage race which begins in Kilkenny tomorrow, Wednesday 8th September.

A new champion will be crowned after five days of racing in Kilkenny City next weekend and the second, third and fourth placed riders from 2019 are among an all-star bunch getting set to depart Springhill Court Hotel for the stage one 72km ride to Callan.

Josie Knight is back from the Tokyo Olympics where she won a sliver medal in Team Pursuit and she joins a Team GB lineup which includes one of Britain’s top road racers and the best development talent.

Anna Shackley, one of the GB Olympic road race team in Tokyo, races week to week alongside World Champion Anna Van Der Breggen at the SD Worx World Tour team and the Scottish climber will be eyeing the stage three ‘queen’ stage to The Cut as an opportunity to improve on her third place finish overall in 2019.

Knight, who won three stages and the points classification in 2019, and Shackley are the standout names in a Team GB lineup which includes rising stars Ella Barnwell, Sophie Lewis and Abi Smith.

The Irish national squad is also notable for including four full time bike riders and the leader of the National Road Series. Kilkenny’s Mia Griffin wears national colours for her third appearance in the race which takes place on her local roads.

She, like former national road race champion Alice Sharpe and time trial star Kelly Murphy, is part of the team pursuit quartet which is targeting the 2024 Paris Olympics.

They’ll be joined by Imogen Cotter from Clare, an exceptional climber who has been based for much of the year in Belgium, and Limerick’s Fiona Mangan whose victory in the Newcastlewest 4-day stage race propelled her into the early lead of the National Road Series.

Ranged against the two national teams are 19 other squads with riders from Argentina, New Zealand, the USA and Canada as well as riders from the UK and all across Europe.

Natalie Grinczer, winner of the IVCA Wicklow 200 Queen of the Mountains Classification in 2019 and a former stage winner in Rás na mBan, was fourth overall in 2019 and typically brings strong form to Ireland. She heads a CAMS Basso squad which also includes Welshwoman Megan Barker.

The LUX team from the USA includes the top four riders from the US junior time trial and road race championships this year. Three teams from the Netherlands, Jan Van Arckel, JvR de Batauwers and Team Noord Holland  are packed with talent from arguably the strongest road racing nation in the world.

The Andy Schleck-CP NVST-Immo Losch squad is Luxembourg registered and features three Swiss riders, a New Zealander and Lisa Müllenberg from the Netherlands.