The 2016 edition of An Post Rás na mBan will take place in County Kilkenny.

The 11th edition of Ireland’s premier women’s bike race will be headquartered in the medieval city of Kilkenny with five days of top class stage race action taking place around the Leinster County. 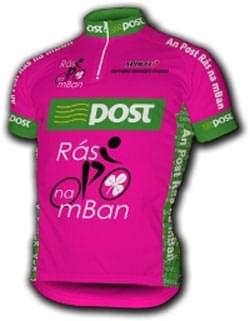 2016 marks the 30th anniversary of the first women’s international stage race in Ireland, from which today’s event can draw its lineage.

An Post Rás na mBan began as a two-day race in Dublin in 2006 and is now comprised of six stages over five days contested by teams from all over the world. The 2015 event included 25 teams from 13 countries.

In conjunction with the move to Kilkenny the highly prestigious jersey for the best Irish-based rider will be supported by Kilkenny County Council.

Speaking of the decision to move the event to County Kilkenny, Race Director Valerie Considine said:

The ‘ethos’ of this event is to move it around the country and the time has come to move to a new location. We’re very excited by the potential of Kilkenny city and county.

The geography and tourism infrastructure in Kilkenny are second to none and make this a truly wonderful part of Ireland to visit for everyone associated with the race.

We’ve already identified several challenging stage routes and the committee will be recceing the various options in the coming weeks.

We have a number of exciting announcements in the coming months and it’s clear that this is the beginning of another important chapter in the history of Ireland’s leading women’s stage race.”