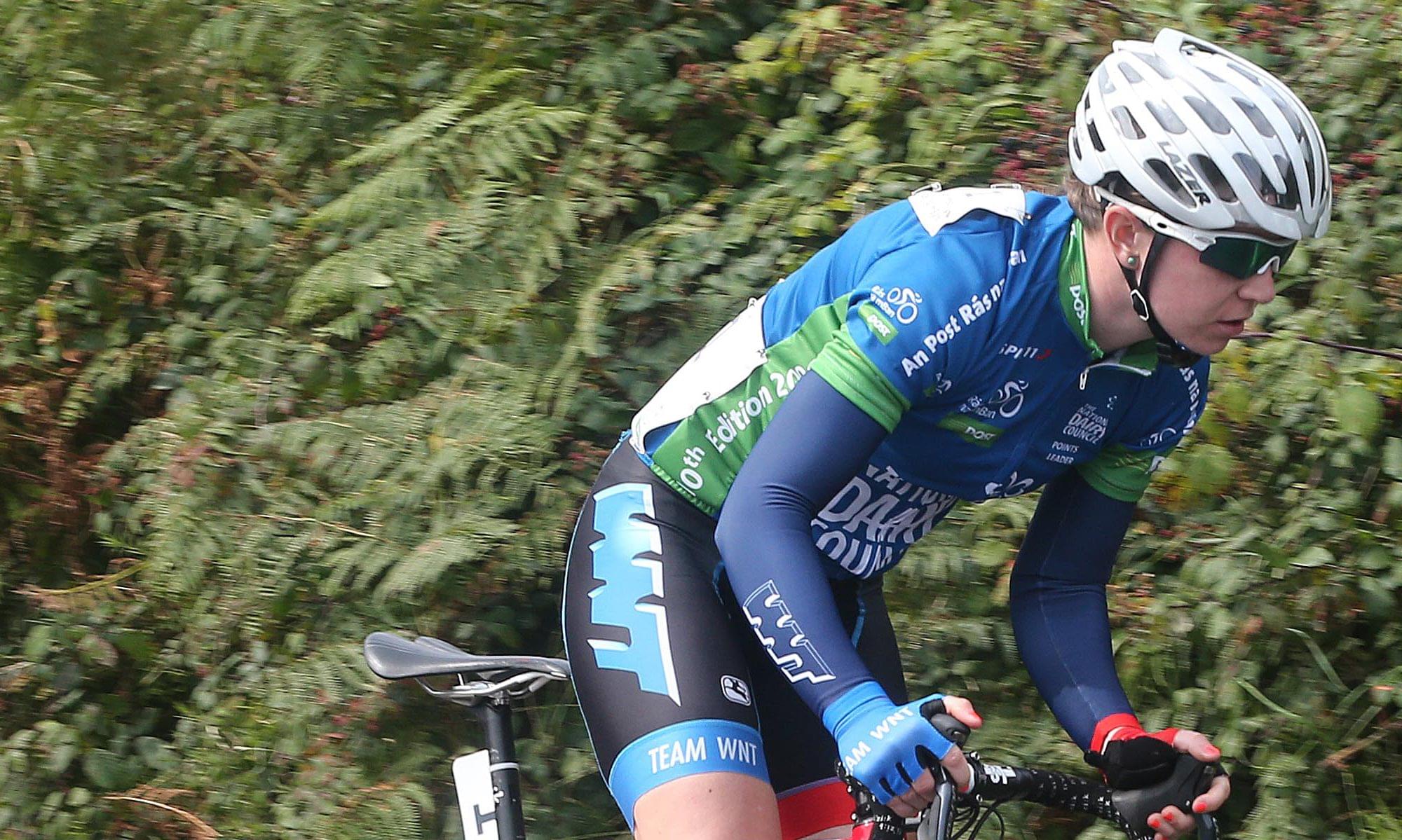 The Irish challenge in An Post Rás na mBan 2016 is a comprehensive one, with a cohort of riders racing with foreign squads joining a strong local challenge in the 11th edition of Ireland’s premier stage race for women.

Lydia Boylan leads the Irish entry list for the first visit of the race to Kilkenny, the Nottingham-based full-time racer looking for her first solo stage victory this season after finishing last year’s An Post Rás na mBan in 6th overall.

Indeed Boylan climbed the final GC podium on her first attempt in 2012 and followed that up with 8th overall in 2013 so a breakthrough success in Kilkenny next week would certainly not be a shock and the Dubliner brings a very strong WNT squad home to Ireland for the event.

Galway native Lydia Gurley guests with the Dutch Regionoord-Holland team next week and, like Irish squad rider Boylan, has been focusing much of her attention on track racing of late. The Birmingham-based rider finished ninth overall on her last visit to her national stage race two years ago and has accumulated a wealth of experience since.

Ciara Doogan dipped her toe in the waters of multi-day women’s stage racing as a guest of the Danish Team Rytger squad last year and the Donegal junior is now an established member of the Irish track squad and will have benefited from her experience 12 months ago. She is sure to feature during the week.

Autumn Collins is another speedy track specialist who will relish the stage five city centre Criterium on Saturday evening, 10th September. The Limerick rider lines up with Starley Racing.
Lauren Creamer is another Irish track squad member with An Post Rás na mBan experience. The Team Torelli rider returns to An Post Rás na mBan looking to better her 11th overall from 2011.

Ranged against the ‘wild geese ‘ riding with foreign-based teams is the local challenge led by a strong Team Ulster line-up. Joe Daly’s National League winner Claire McIlwaine will arrive in Kilkenny fresh from a strong performance in the Wexford 2-Day stage race recently and she’ll have for company star time triallist Eileen Burns looking to build on her fifth place in the stage four time trial 12 months ago after accumulating a season of vital road racing experience.

They will be accompanied by former national champion and World Championship rider Heather Foley (nèe Wilson), Katharine Smith and Claire O’Neill in a team gunning for the Kilkenny County Council Best Irish Rider classification as well as the Best Irish Team award.

One of Ireland’s biggest and most progressive clubs in women’s cycling, Scott Orwell Wheelers has once again assembled a strong line up with designs on the Kilkenny CoCo Best Irish Rider Award.

In Aideen Keenan, the Dublin club have one of the strongest all round riders on the Irish road racing scene while Michelle Geoghegan is a star road racer who has raced full time in Belgium and is hoping for an injury and illness free run in Kilkenny after several blighted seasons.

Prolific Irish champion on mountain bikes and reigning Irish Cyclo Cross Champion Beth McCluskey is looking forward to a second bite at the Rás na mBan cherry after a highly impressive exploratory outing in 2015. She will challenge for Best Irish and top veteran awards while Monica Marconi is another star vet. At the other end of the experience spectrum is fast developing Kerrywoman Emily Brick.

With a National League win to her name and a string of other top results in 2016, Fiona Guihen leads the TC Racing line up where she will be joined by Maura Claffey who finished strongly in 2015. They’re joined by promising rookies Roisin Thomas, Eimear Harrison and Rebecca Dobson.

De Ronde Van Cork is a young club that breathed new life into the Cork racing scene with a string of top performances over the past few seasons. To the established and super strong trio of Sinnéad Oakes, Nessa Rochford and Grace Young are added promising Junior Emily Birchall and Mairéad Elliott that will be gunning for glory throughout the six stages and five days of this year’s event.