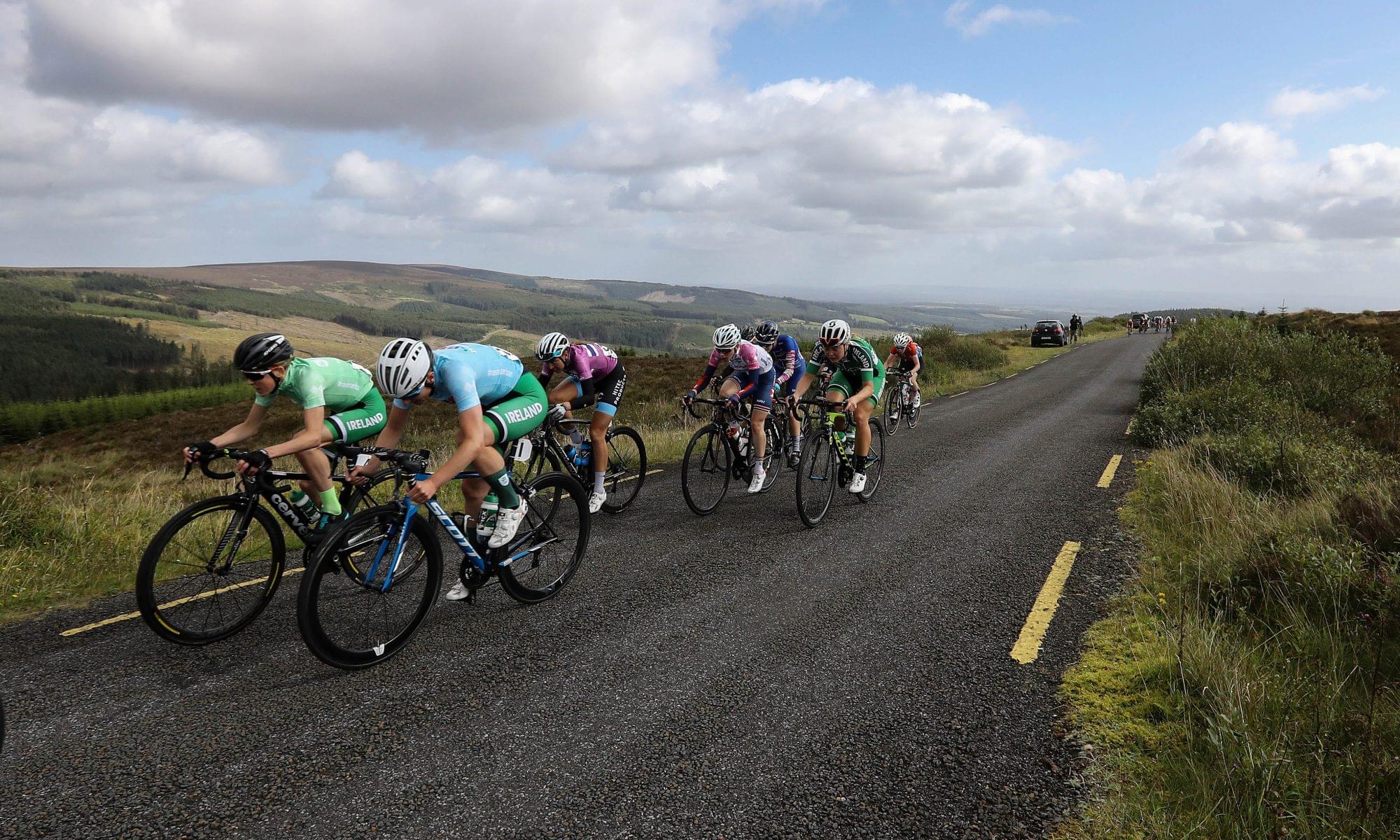 Race leader Josie Knight made it a hat trick as she sprinted in at the head of a group of four to take the honours on stage three of Rás na mBan on The Cut Mountain in County Laois.

Knight’s remarkable triple came at the end of the longest and most mountainous stage of the week, a 108.8km trek to the Slieve Bloom Mountains with a summit finish on The Cut.

Second on the day, and for the second time in three days, was Knight’s nearest rival on overall general classification, Claire Steels of Brother UK Fusion RT with Anna Shackley (Team GB) third.

Wearing the magenta race leader’s jersey for a second day, Knight of Great Britain held a narrow advantage of five seconds over compatriot Claire Steels as the riders left Springhill Court Hotel for the long ride to the Slieve Bloom Mountains.

Britain’s Connie Hayes (LIVawol spok’d U23) attacked after nine km and raced solo for ten km during which time she built a maximum lead of 25 seconds.

Her compatriot Sophie Enever (Jadan Weldtite Vive le Velo) then went clear to open up a a margin of just over 30 seconds before she was chased down ny the main group.

Across the first climb of the day at Wolftrap Mountain after 76km, Molly Patch of Brother UK Fusion Racing Team held a narrow lead over a group led by IVCA Wicklow 200 Queen of the Mountains leader Elynor Backstedt of Storey Racing who had Natalie Grinczer, Knight, and Steels for company.

Patch was caught soon after and a group of 30 riders assembled ahead of the final 7.5km ascent of The Cut in County Laois.

Gallagher dropped back in the closing stages as the other four riders prepared for a sprint to decide stage honours.

Into the final 200 metres Josie Knight launched her sprint and the Great Britain rider powered clear to score a remarkable third win in succession ahead of  Steels with Shackley third and Grinczer in fourth doing enough to take over the lead of the Wicklow 200 Queen of the Mountains Classification.

Maeve Gallagher held off the chasers for fifth to reinforce her lead in the Kilkenny County Council Best Irish-based rider competition with Elynor Backstedt sixth.