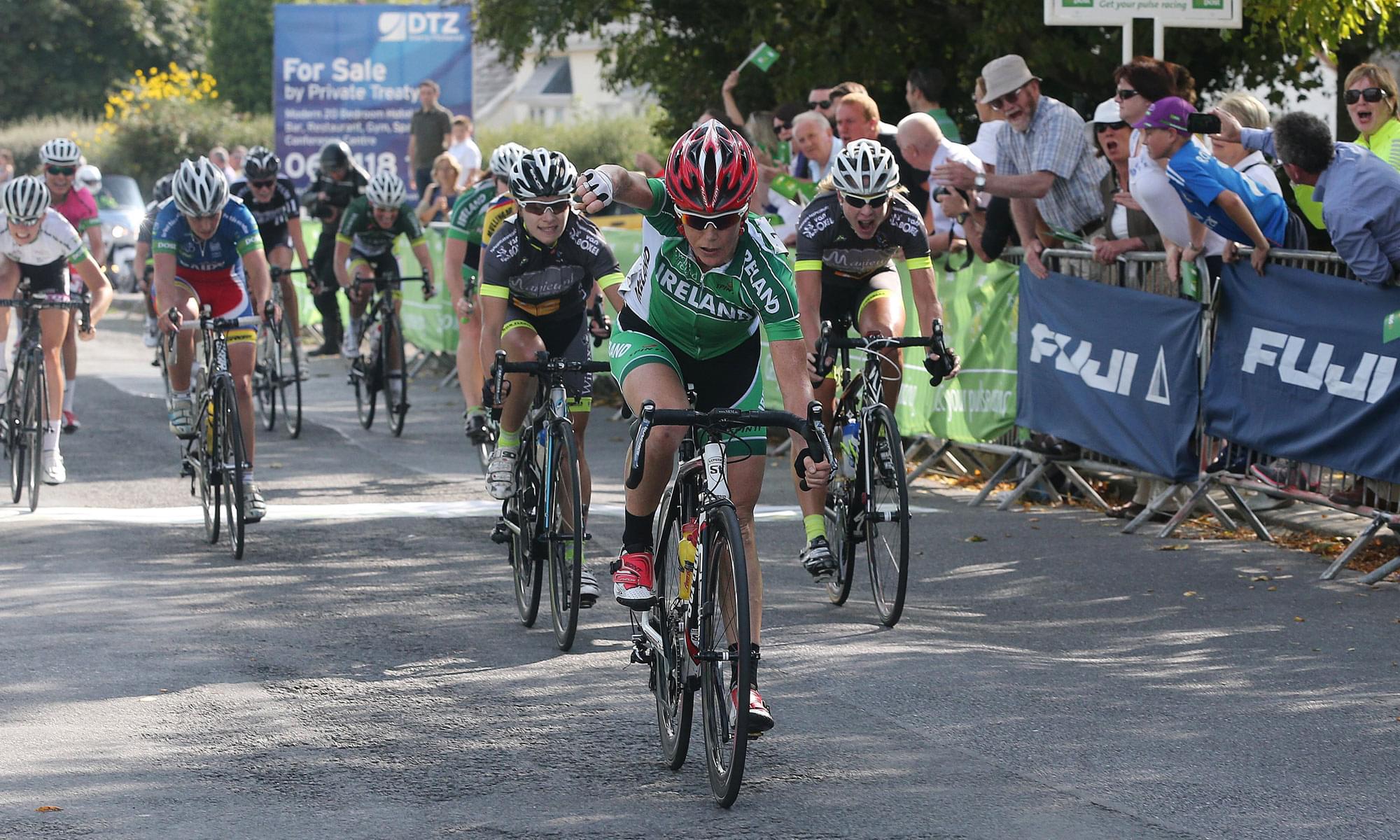 Reigning champion Oliivia Dillon (Team Ireland) took her first stage victory of An Post Rás na mBan 2014 when she led in a group of 30 sprinting for the fifth stage in Ballyvaghan today.

California-based Kiltimagh-native Dillon has never had to wait as long to open her account in her three previous appearances in the event but there was no stopping the multi-Irish national champion as she led out the sprint and proved too strong for Dutch duo Ines Klok and Mirthe Wagenaar of the WV Breda-Manilieu.nl squad who completed the podium finishers.

“I’m absolutely thrilled with this victory today,” said Dillon afterwards. “It was a really fast field sprint with a tailwind to the finish and I managed to get a good gap in the final turn and just held it to the line.”

“Over the climbs the field split but then it would come back together each time. I’m really happy to get a win. It’s a good competitive field here. It stayed together until the time trial where Tayler put in a really great performance. General classification is fairly tight and we have one more day.”

Blarney’s Fiona Meade was off the podium for the first time in four massed start stages but her fourth place finish was ahead of her rivals for the National Dairy Council Points jersey and the Team Munster rider now has a seven point advantage ahead of tomorrow’s finale.

Meade also has a dominant lead in the Clare County Council Best Irish rider classification in which Aideen Keenan has replaced her Orwell Wheelers team-mate Ciara Kinch in the runner-up position.

With just 80km between herself and glory, Wiles looks secure in the An Post pink jersey. However, there are eight riders within a minute of the Specialized Lululemon international star who must remain vigilant if she is to secure a famous debut success in Ireland’s top international stage race.