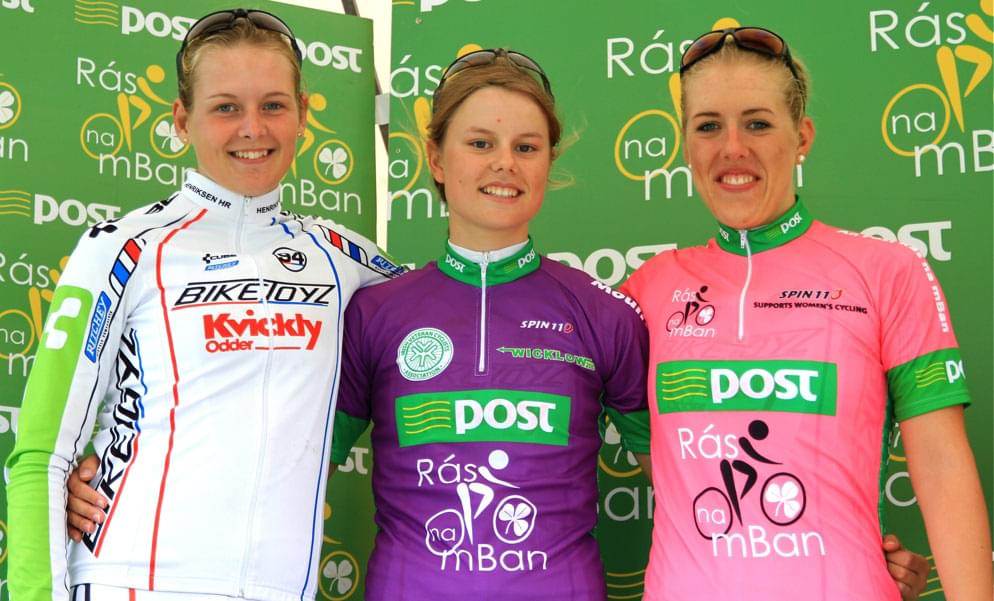 Reigning An Post Rás na mBan overall and team champions Team Rytger from Denmark have confirmed that they will return to Ireland in September to defend their titles.

Team Rytger carries a different title sponsor this year and the squad has continued its winning ways with a string of recent successes.

The team will be led in County Clare once more by last year’s An Post Rás na mBan winner Kamilla Sofie Vallin who has added victories in the Danish Elite National Road Race Championships and the National Pursuit title to her palmares since last year’s victory in Ireland.

The squad, racing as Reelight-BikeToyz-Kvickly Odder, took overall and team success last year along with the Queen of the Mountains title for fourth placed Amalie Dideriksen.