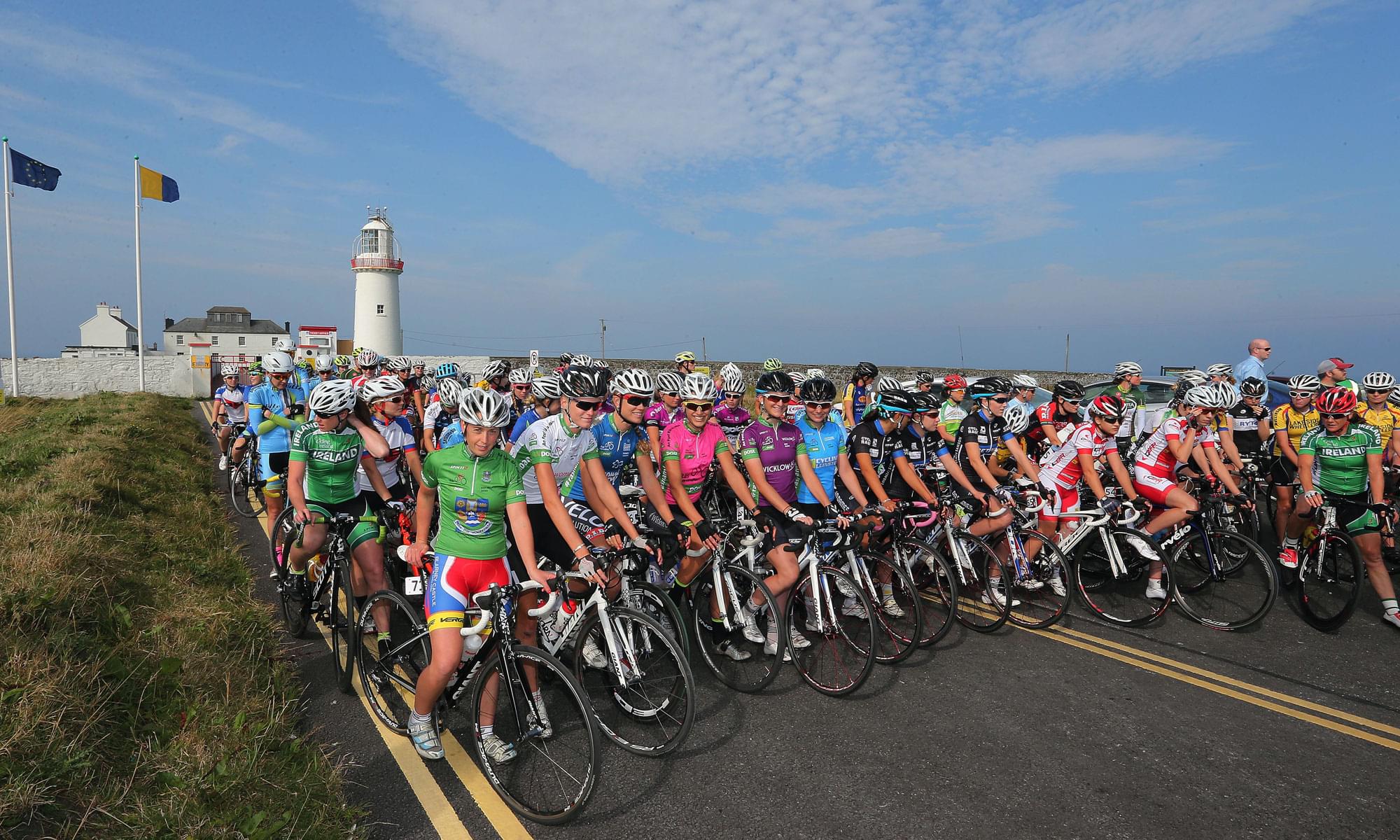 Tayler Wiles (DID Cycle4Life Race Team) went one better than her stage one second place finish as she raced in at the head of a 33-rider group on the 112km Wild Atlantic Way second stage of An Post Rás na mBan (Thursday 11th).

Wiles, a former US Under 23 national time trial champion showed her all round class by surviving a windswept slog along the coast line from Loop Head Lighthouse in South Clare to Ballyvaughan in the north of the county scooping the lead in the National Dairy Council Points Classification, the IVCA Wicklow 200 Queen of the Mountains and general classification lead heading into Friday’s stage three individual time trial.

For much of the arduous stage along leg sapping roads with three counting IVCA Queen of the Mountains hills it looked likely that a solo leader would stay clear to take the stage.

Briton Anne Ewing of the Dutch WV Breda-Manieu.nl squad was on the attack early on for the second day running, securing the points at the first climb of the day at just over 13km. She was in turn replaced at the head of affairs by British-based Dutchwoman Mathilde Mathijsse (Bonito Squadra Corse) who opened up a near three minute advantage over the fast dwindling peloton on the run to the second climb of the day at the Cliffs of Moher after 75km.

That was as good as it got and with riders rejoining the main group after the second climb, the extra reinforcements helped erase Mathijsse’s advantage shortly after the final climb of the day on 85km. For the second day in succession, the lead group swelled considerably in the closing kilometres and it it was a drag race to line in Ballyvaughan where Wiles timed her sprint to perfection to edge out Knutson and Meade. Erstwhile race leader Femke Van Kessel survived in the lead group and is level on time with Wiles but lost her jersey on countback of stage finishing positions and slips to seventh overall.

Similarly, Knutsson has wrested the lead of the Womenscycling.ie Young Rider classification from her Team Rytger team mate Henriette Woering by the narrowest of margins on countback.

Reigning champion Olivia Dillon is still very much in contention after finishing in the lead group for the second day in succession and she currently lies in 10th place as one of 32 riders on the same time as Wiles heading into the time trial.

Wiles also earned the second Leinster Cycling Stage Winners jersey of the event ahead of what could be described as her specialist event, the 8km time trial on Friday morning. Following that, the fourth stage is a 40km circuit race at Ballyalla near Ennis tomorrow evening.